When Melanie Matchett Wood was in seventh grade, she was surprised to win a citywide math competition in her native Indianapolis. Then she won a state competition, and in eighth grade, the well-rounded student, who was also active in cheerleading and theater, placed tenth in the country. She often found herself in situations where she was the only girl in the room, but she overcame her sense of isolation and became the first woman to represent the United States at the International Math Olympiad, where she earned two silver medals (in 1998 and 1999). Since then, she’s won dozens of additional math awards and earned her PhD in math at Princeton.

It’s no wonder that the UW- Madison assistant professor has been named a role model for young girls. The Dove Movement for Self-Esteem, sponsored by the toiletries company, chose her as one of four “real woman role models,” kicking off the initiative in Washington, D.C., at a Girl Scouts event on the National Mall in June. “It was so much fun to see all these girls excited about self-esteem and to [be there] supporting their goals,” she says.

The mathematician and her spouse, Philip Matchett Wood, joined the UW–Madison faculty in 2011 because — among other reasons — it offered them 60 percent appointments, allowing them to take turns at home, caring for their young children. They enjoy living in Madison, describing the endless stream of warm-weather Capitol Square activities as “a party, all summer.”

On campus, Matchett Wood has mentored women through university research programs, and she focuses on getting undergrads involved in math research. She is also assistant director of the Wisconsin Mathemathics, Engineering, and Science Talent Search, a UW initiative to identify and recruit exceptional high school students.

If math is her first love, mentoring is a close second. “For young people, knowing what’s possible, and what’s out there, and what they can dream of is really important for their path in life,” she says. 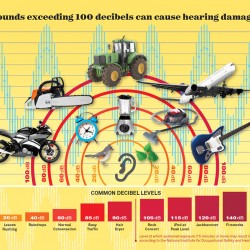