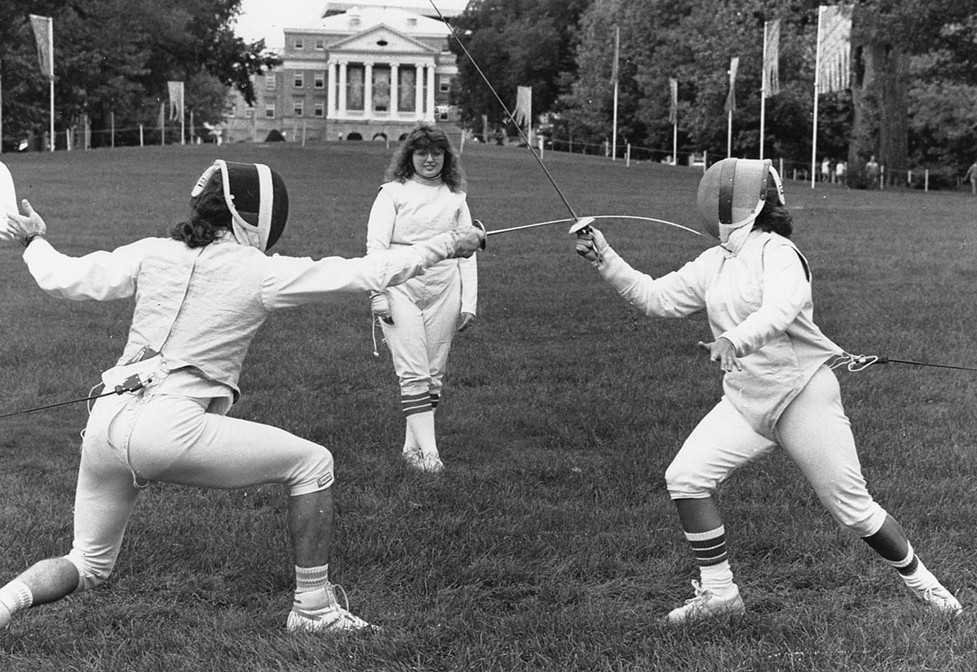 Fencers demonstrate their craft on Bascom Hill in this photo from 1989. Michael Kienitz

The picture above was shot 30 years ago, and while Bascom Hill may be little changed, the foil work in the foreground reflects a bygone era. In fall 1989, the UW’s varsity fencing squad had only three more years of life.

Yearbook evidence shows that the UW has fielded — or maybe pisted? — a fencing team since at least 1890. The sport gained varsity status for men in 1911, and it was included among the 11 original women’s varsity sports in 1974.

The men’s team consisted of nine fencers: three each in saber, épée, and foil. Women fenced foil only.

Beginning in 1926, the Big Ten conference held a championship fencing tournament each year (though it canceled the tourneys from 1943 to 1945, presumably because the nation needed its top swordsmen for frontline service during World War II). And Badger blade-wielders of both sexes experienced a good deal of success.

Over the course of six decades, the UW men’s fencing squad recorded 10 Big Ten championships. The women’s team won four titles before the Big Ten dropped fencing as a conference sport after the 1985–86 season.

But in April 1991, the UW decided it no longer saw the point. It dropped both men’s and women’s fencing as varsity sports, along with men’s and women’s gymnastics and baseball, as the athletics department struggled to cover a budget deficit created by the construction of a new facility, the McClain Center.

Of the five sports, men’s fencing had the most decorated history, with 11 tournaments won and a total of 40 athletes earning individual titles in foil, saber, or épée.

Today, fencing continues on campus, but as a club sport. On Wisconsin is grateful to former Badger fencer Neil Payne ’61 for reminding us of the UW’s proud history with the blunted blade. 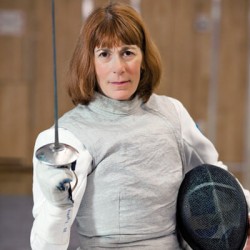 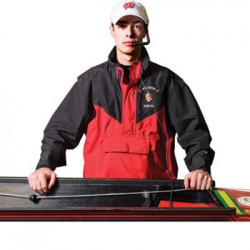