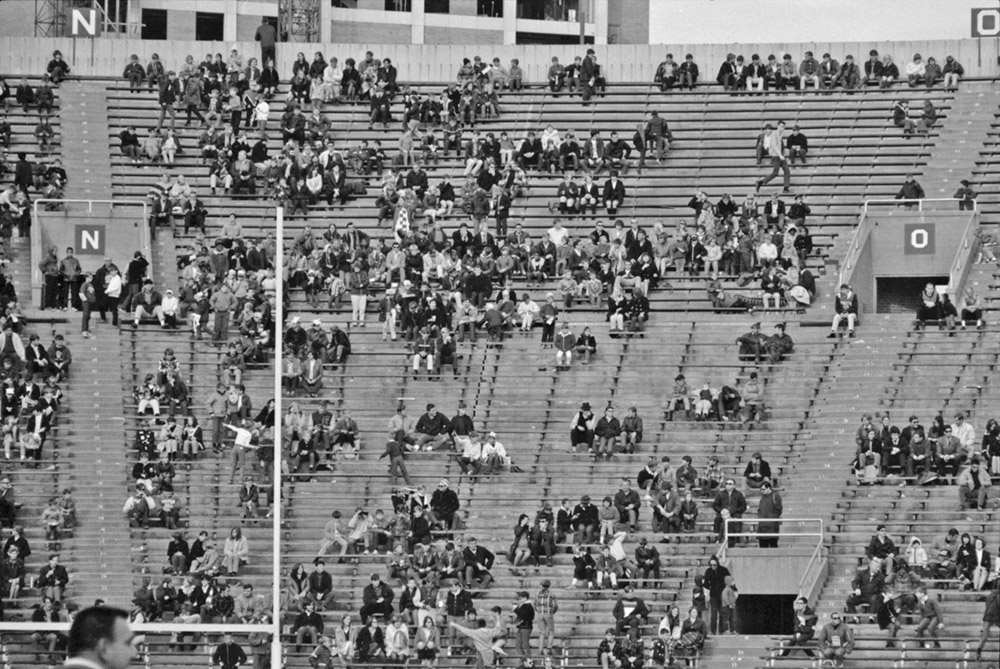 It’s almost impossible to believe in these days of annual bowl game appearances, but the UW once suffered through 23 straight winless games — 22 losses and a tie. A key contributor was the ill-fated 1968 squad, whose 0–10 finish remains, 50 years later, the worst record in the school’s history.

I’m the poor soul who covered that team for the Daily Cardinal, which gave me a front-row seat for a debacle that was as hard to watch as it was to stomach. The Badgers scored an average of just 8.6 points per game — while allowing more than 30 — and endured three straight shutouts. There were blowout losses to the likes of Arizona State (55–7), Michigan State (39–0), Iowa (41–0), and Ohio State (43–8).

That, though, was merely misery. Agony was witnessing the gut-wrenching ways the Badgers squandered their few shots at victory. In a 21–17 home loss to heavily favored Washington, the UW threw four interceptions in the game’s last four minutes.

At Northwestern, the Badgers led 10–6 in the fourth quarter when their tailback broke free up the middle, only to pull up with a leg injury. Three straight Wisconsin penalties killed the drive, and the Wildcats won 13–10.

The ultimate heartbreaker was the UW’s Homecoming game against Indiana. The underdog Badgers lost 21–20 after missing six field goal attempts, the last one coming with 22 seconds to play after the holder mishandled the snap.

While the players never quit, they couldn’t overcome a shortage of talent and an oversupply of injuries and penalties, some the result of officiating blunders. It all added up to the first — and still only — season that failed to produce even a tie since 1889, when the inaugural Badger squad finished 0–2. The season ended with many of the team’s African American players boycotting the football banquet, saying the coaching staff treated them unequally.

The captain of this sinking ship was second-year head coach and former UW star quarterback John Coatta ’53, MS’59, who had inherited a mess and went 0–9–1 in his debut season.

Victory finally arrived four games into the 1969 season, when the UW scored 23 straight fourth-quarter points to upset visiting Iowa, 23–17. Those Badgers won three games, but Coatta’s contract was not renewed. Only six winning seasons followed in the next 23 years — until a guy named Alvarez turned weeds into roses in 1993 and beyond.