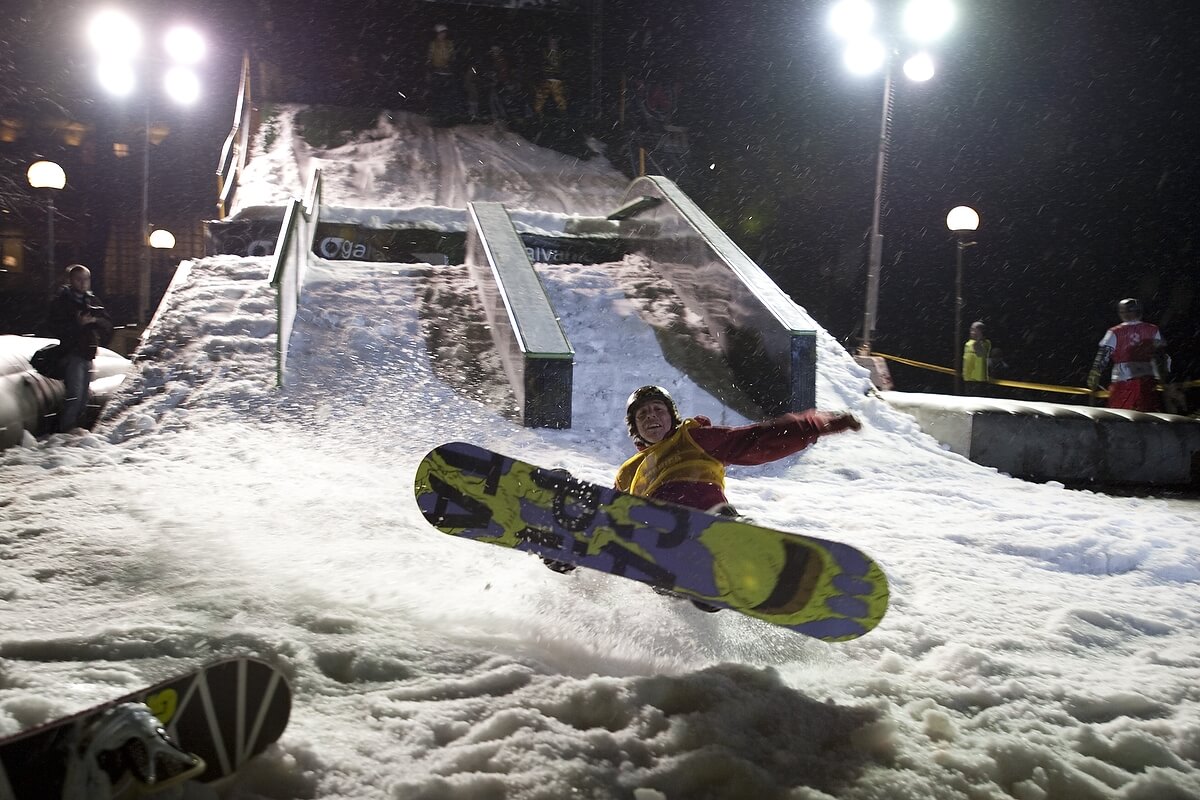 Snowboarder Peter Limberg boosts some phat air while freeriding at the Hoofers’ flail and bail last November. What the heck are we talking about? We don’t really have a clue. But evidently, in November the UW Hoofers outdoor excursion club hosted a freestyle skiing and snowboarding event called the Rail Jam. The event took place on the Memorial Union Terrace, where the Hoofers constructed scaffolding and then covered it in twenty tons of manmade snow. Wisconsin’s winter hadn’t yet set in, and the temperature was 42 degrees under mist and rain — tough sledding for the pros, but gentler on any grommet who cratered a lip trick. Or whatever.
Photo by Jeff Miller