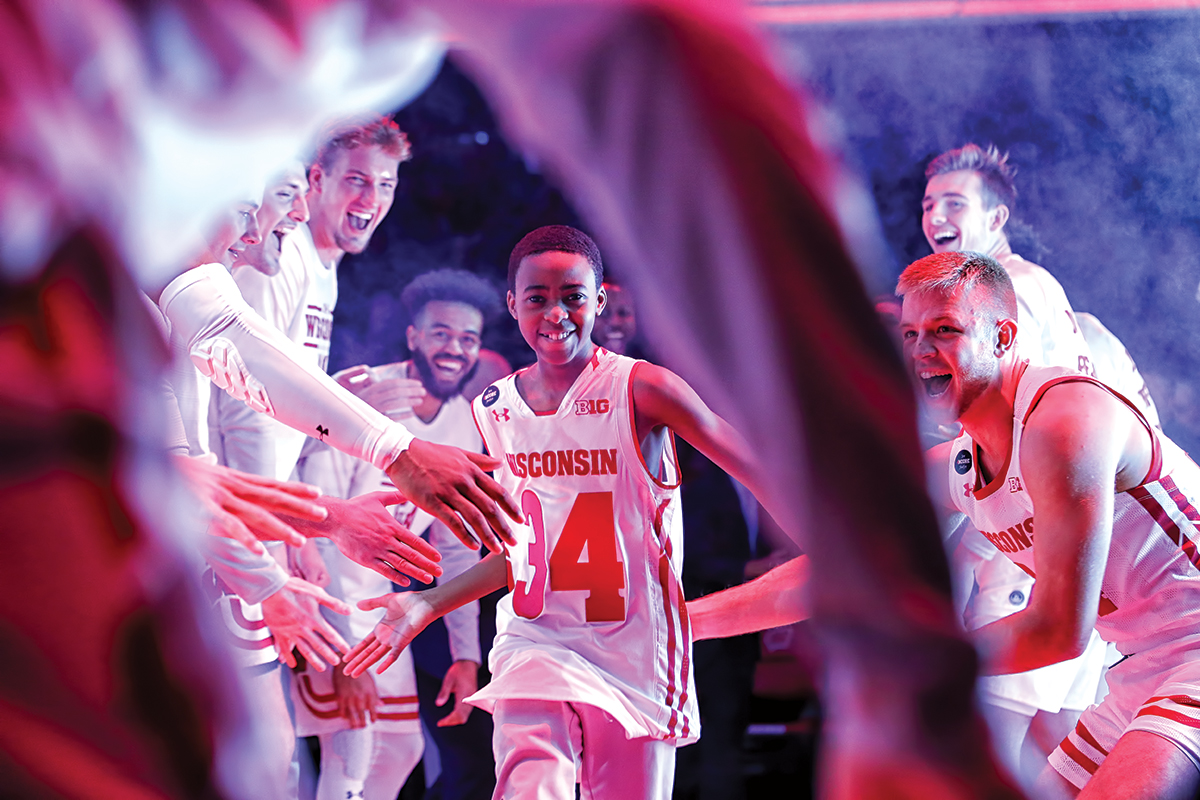 In an emotional night for Badger men’s basketball, 13-year-old Jerell Moore took the court as an honorary sixth man before the team’s home opener at the Kohl Center. Jerell is the son of Assistant Coach Howard Moore ’95, who was severely injured in a May 2019 car crash that took the lives of his wife and daughter. The Badgers won the November 8 game against Eastern Illinois, and Jerell — who survived the crash himself — enjoyed a poignant moment amid his family’s painful year.