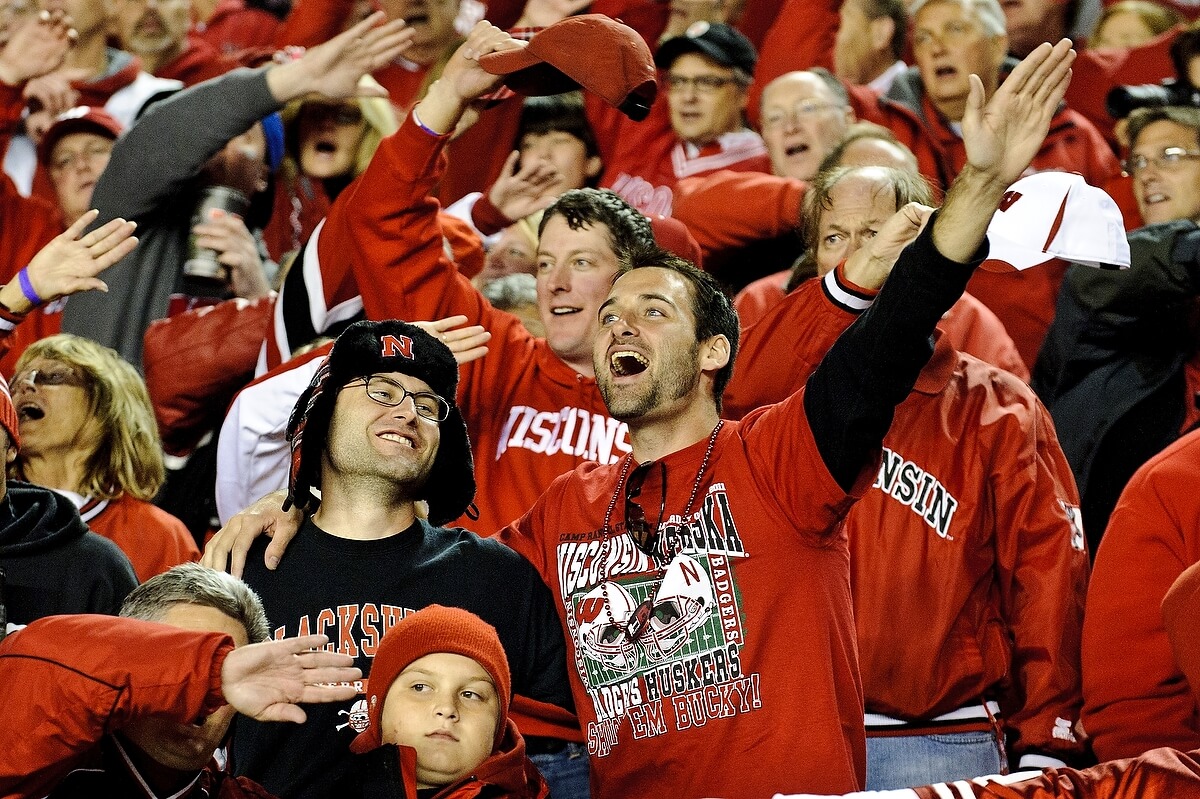 A black-clad Nebraska fan is pulled into the motion — if not the spirit — of “Varsity” at Camp Randall in October, when the Badgers played the Cornhuskers. The game was Nebraska’s first as a member of the Big Ten conference, and an estimated 30,000 NU fans descended on Madison, even though many didn’t have tickets to the game. So that they’d stand out from Wisconsin-backers, Nebraska asked its fans to forgo their school colors (also red and white) and wear black — an unexpectedly appropriate choice. The Badgers beat Nebraska 48-17, leaving ’Huskers in mourning.
Photo by Bryce Richter