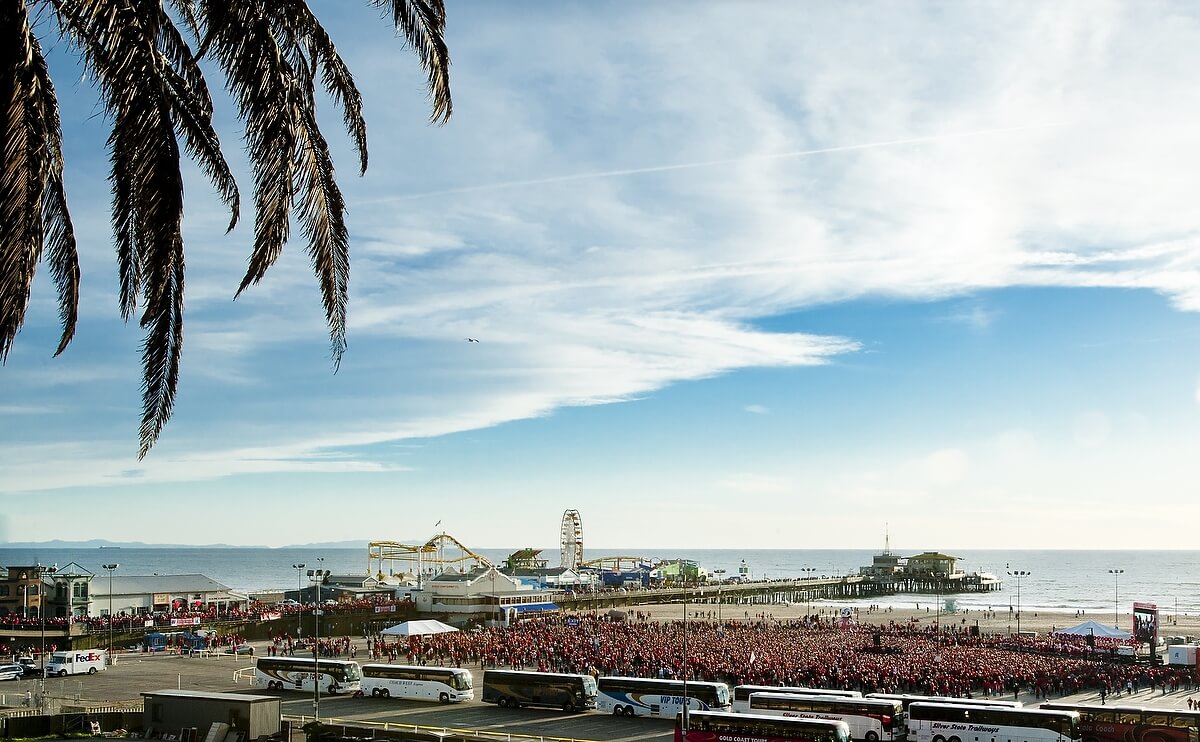 The Badger faithful made the Pacific Coast look like a red sea on December 30, turning out in force for a pre-Rose Bowl pep rally on Santa Monica Pier. Between 15,000 and 20,000 UW fans attended the event, which featured the team and Marching Band, as well as celebrities such as then-Wisconsin Governor Jim Doyle ’67. Two days later, something happened at a nearby stadium — the details are hazy, but recollection suggests it involved a plague of frogs.
Photo by Bryce Richter