How Summer Nights Got Hot

The Terrace music series became a sensation in the ’80s and is poised for a comeback. 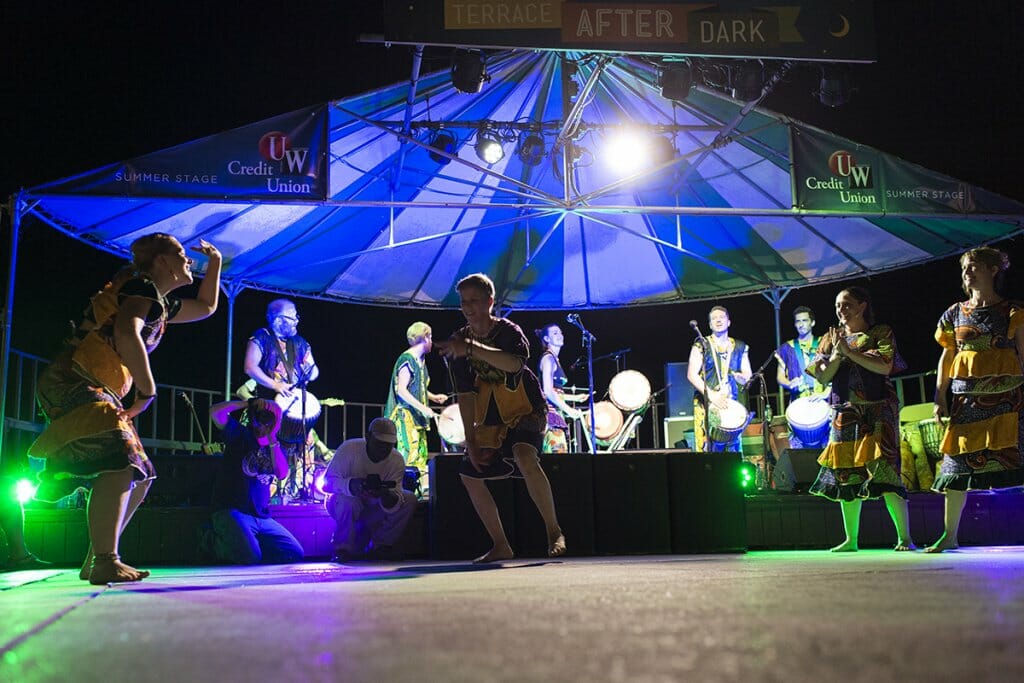 Madison’s WADOMA performs for the hip-shaking hordes in 2014. Jeff Miller

Of all the things we lost during the pandemic, objective observers might argue that the summer music series on the Memorial Union Terrace was relatively insignificant.

But UW–Madison students and alumni would surely not be among those objective observers.

“The Terrace music series adds a sense of excitement to the Madison community,” says Heidi Lang, the Wisconsin Union’s associate director of social education. “It brings people together across generations, with something for everybody.”

For nearly 50 years, the free outdoor concerts have helped define a Madison summer. The series began with a smattering of shows in the 1970s but revved up in the early ’80s, when local acts performed on a wooden platform just outside the Rathskeller. One day, a few students had the bright idea of moving the platform down by Lake Mendota to create a more scenic backdrop, so they went ahead and did it without asking for permission. Startled administrators held meetings to debate the ramifications and decided that, hey, the new location wasn’t such a bad idea.

A Terrace remodel in the 1980s installed a permanent stage by the lake, complete with a canopy. And that — along with an increased budget to attract bigger bands — helped turn summer music on the Terrace into a sensation. The new name for the series, “Hot Summer Nights,” was not false advertising.

Top local draws alternated with national acts like the Violent Femmes and the Indigo Girls, attracting hip-shaking hordes. The Union’s student music committee started booking bands on the way up, a tradition that continues to this day. Fleet Foxes are among those who played the Terrace before making it big.

If there’s a secret ingredient to the summer-music magic, it’s these student planners.

“The process is unique in the amount of responsibility we give the students,” says Lang. “The Union is committed to using the program as a learning opportunity for them.”

Today’s students work with adviser Sean Michael Dargan — a musician himself — who schools them in every aspect of the music biz. Though Dargan ensures a balance between cutting-edge and crowd-pleasing acts, the series always reflects the committee members’ passions. That’s why, for example, you’ll see the up-and-coming singer-songwriter Indigo De Souza in summer 2022.

You heard that right: the music series is making a triumphant return to the Terrace after the pandemic pause. And just in the nick of time.

“There is this desire for normalcy, and the Terrace is such a special place,” says Susan Dibbell ’84, MS’02, deputy director of the Wisconsin Union. “You’re on a lake in a big, open space, and it’s gorgeous. We’re all craving to be around people.”

In other words, summer nights are about to get hot again. 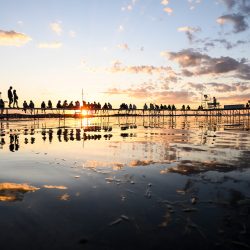 Back to the Terrace