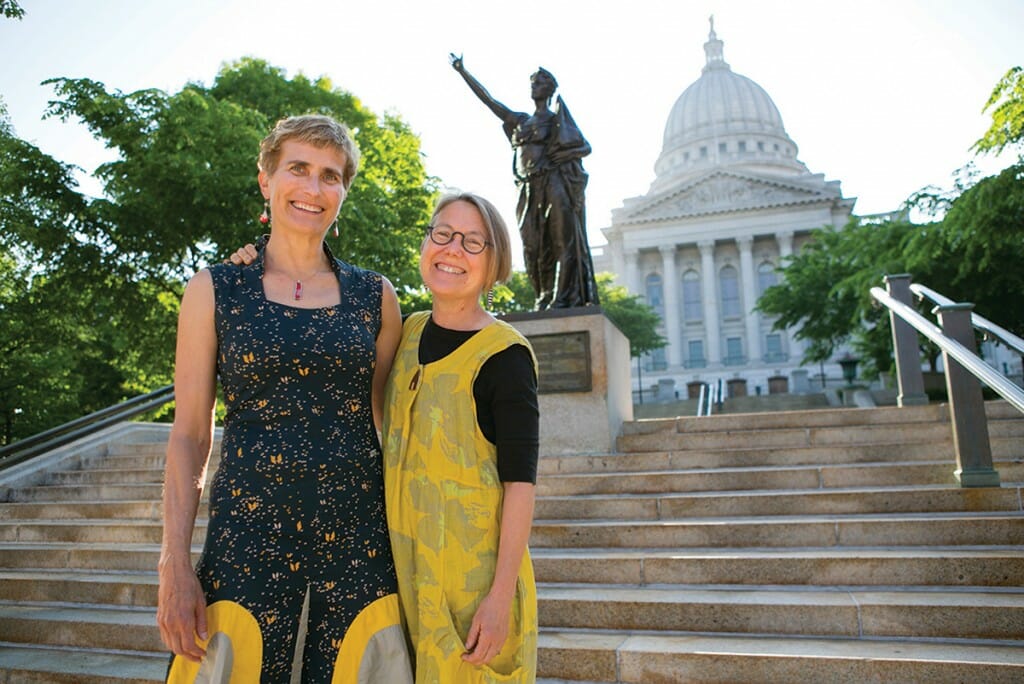 As graduate students, Brenda Baker MFA’90 (left, above) and Bird Ross MFA’92 walked past the Forward statue at the base of Madison’s Capitol Square a hundred times. The allegorical bronze everywoman — not to be confused with the Wisconsin statue atop the capitol dome — poses with her hand thrust into the sky. She is iconic — and yet Baker and Ross had no idea how aptly she represented the lives of working artists like them, or that uncovering her history would lead to establishing what is already the third-largest fund for female artists in the country.

“I always liked it, but figured it was just another public statue,” says Ross, who, with Baker, established the new Women Artists Forward Fund at the Madison Community Foundation, with a goal of $540,000. Each year, the fund will distribute two $10,000 grants to female artists living in Dane County. It was prompted by Baker and Ross’s 2017 photography project to mark the 100-year anniversary of the capitol, when they’d discovered the story behind Forward, sculpted by 27-year-old Jean Pond Miner in 1893.

As the pair dug further, they learned that only 3 to 5 percent of artwork in permanent collections of major museums is made by women and that Wisconsin ranks 48th in the nation for arts funding — leading to major brain drain. They began photographing contemporary female artists and philanthropists in the same raised-hand pose as the statue, informing those women of its history and Wisconsin’s disparities, then asking them for donations.

“Our first goal was to try to raise $100,000,” says Baker. Donors responded that she was shooting way too low. Women gave, and gave some more, and the fund (now in the home stretch of meeting its goal) awarded its first two grants in November 2019 to Dakota Mace MA’16, MFA’19 and to School of Human Ecology professor Jenny Angus.

“So many artists do fabulous, important, and critical work while pursuing their MFAs here at the UW, but it doesn’t make sense for them to stay,” says Ross. “To support an artist’s practice is also supporting the arts. We need to step that up. We’re trying to do our part.” 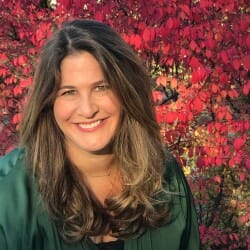 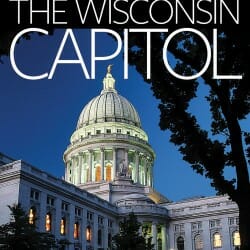 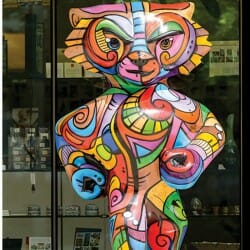