Daniel Hawkins ’00 was a diehard “Bleacher Creature” at the UW Field House when the men’s basketball team began winning more than losing. Like many fans, he thought the Badgers were consistently underrated as they steadily improved their record in the years following his graduation.

“I thought I was seeing a pattern, and I didn’t have any notion that it extended beyond Wisconsin,” says Hawkins, who is now an associate professor of sociology at the University of Nebraska–Omaha (UNO), where he specializes in family relationships and the sociology of sport. His work includes researching the nature of pro-wrestling fandom and the relationship between attitudes toward globalization and feelings about soccer.

Hawkins recently collaborated with colleagues at UNO, the University of Minnesota, and Skidmore College to investigate how preseason rankings underrate or overrate teams relative to their actual performance on the court. The results help explain why some college basketball teams are perennial favorites among sports journalists who vote in the annual poll while other talented teams get overlooked.

The results: Wisconsin was the most underrated team, with Purdue, Cincinnati, Ohio State, and Iowa State rounding out the top five in that group. UCLA emerged as the most overrated team, followed by North Carolina, Michigan State, Indiana, and Kentucky.

Performance in the most recent NCAA tournament is one factor linked to teams being overrated — behavior that the researchers call “recency bias.” The Badgers have not had many deep runs into the tournament, and Hawkins notes the team’s appearance in the championship game this year wouldn’t dramatically change the team’s underrated ranking.

And then there’s “star bias,” the tendency to give favor to teams with highly rated recruiting classes, something the Badgers don’t usually have. “The national media doesn’t quite catch on that [players] don’t all need to be five-star recruits to make a really good basketball team,” Hawkins says. 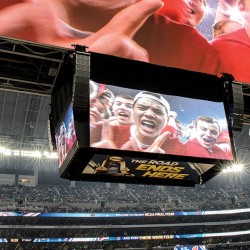