To Play or Not to Play? 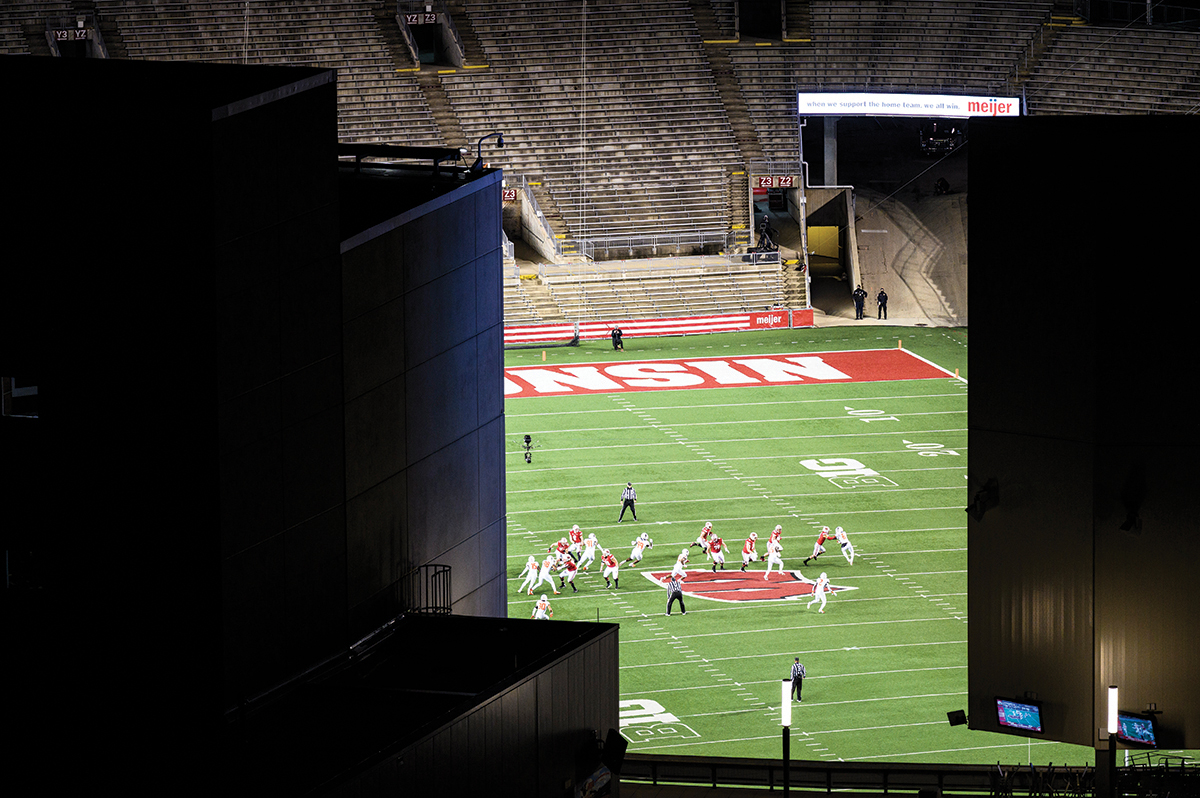 The Badger football team had to cancel games against Nebraska and Purdue and reschedule the battle for Paul Bunyan’s Axe with Minnesota. Jeff Miller

Playing sports this academic year has been a game of numbers, but far from the usual variety.

For football, the Big Ten Conference’s protocols called for suspension of a team’s activities if the positivity rate of tests administered and of the entire program exceeded 5 and 7.5 percent, respectively. Approaching those thresholds in late October, including a positive test for head coach Paul Chryst ’88, the Badgers canceled games against Nebraska and Purdue and rescheduled the battle for Paul Bunyan’s Axe with Minnesota.

In November, UW Athletics announced that the basketball and hockey programs would be the next sports to resume play, with daily testing and other safety measures in place (including no fans in attendance). Like most college and professional teams this year, they’ve experienced frequent disruption.

The season opener for women’s basketball was postponed because of Miami University’s COVID-19 protocols. The team’s fourth contest, scheduled against Prairie View A&M, was canceled for similar reasons.

The men’s basketball team, ranked No. 7 in the country entering the season, also faced an early scheduling change. Its matchup with Louisville on December 9 was postponed due to that program’s COVID-19 protocols, so the UW hosted Rhode Island instead. A January 3 game against Penn State was also postponed.

The men’s hockey program postponed a series against Michigan State in December when the UW found a positive test on the team. The women’s hockey program started the season with the top ranking in the country, but following its first series in late November, it could no longer suit up a full team. A combination of positive cases and injuries forced the team to postpone all December games.

In January, the hockey programs resumed their seasons. Other sports started up that month, including wrestling, volleyball, track and field, and swimming and diving. The plans for other teams weren’t available at press time.

“This is a challenging time for all of sports,” Associate Athletic Director Jason King told the Wisconsin State Journal in December. “We’re just doing the best that we can … to keep these young people healthy while still giving them an opportunity to participate in the sport that they love.”