Who has clout? Badgers do — at least according to Newsweek. The magazine’s website ranked the top twenty-five American schools for future power brokers, and UW–Madison made the list at number 25.

It may seem harder than ever to get into the UW, as the university’s acceptance rate for incoming freshmen dropped to 50.5 percent, the lowest since the UW began tracking that statistic in 1989. The fall in acceptance rates appears to be the result of higher numbers of applicants. Although the target freshman class size remains the same as in recent years, the number of applicants has ballooned. Some 28,949 students applied for admission, and more than 14,600 were accepted, with the expectation that about 5,900 will enroll.

François Ortalo-Magné, chair of the UW’s Real Estate and Urban Land Economics Department, has been named dean of the Wisconsin School of Business, succeeding Michael Knetter, who now serves as president and chief executive officer of the UW Foundation. Robin Douthitt, dean of the School of Human Ecology since 2001, announced she will step down in 2012.

The new Human Ecology building will have a new name. It will be called Nancy Nicholas Hall after Nancy Johnson Nicholas ’55, and it will open in 2012.

The astronauts of the future may have Badgers to thank for their cozy space quarters. A team of undergrads created the winning entry in the NASA eXploration Habitat Innovation Challenge, a yearlong contest to design and create a prototype of a living space for space explorers. The UW team created the Badger X-Loft, beating out finalists from Oklahoma State and the University of Maryland to take a $10,000 prize.

After a startling recovery helped by the UW Veterinary Care Small Animal Hospital, a dog named Braveheart has found a new home with a Madison family. Discovered in a Dumpster in Kentucky and suffering from mange, Braveheart was near death when sent to the care of UW veterinarians in March. He became an online celebrity, attracting attention and donations from as far away as Australia. In August he even appeared at the Wisconsin State Fair. 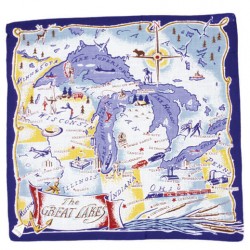