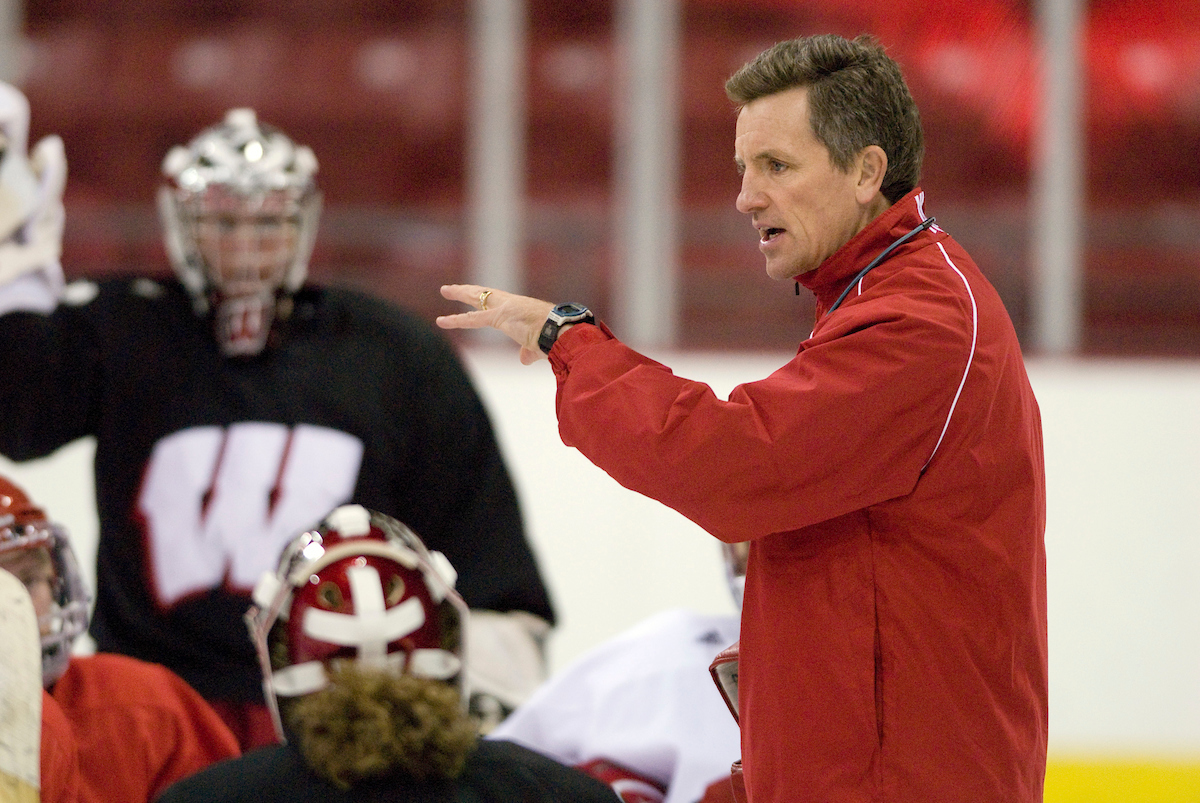 The No. 10 jersey of Mark Johnson ’94 is finally where it belongs: hanging from the Kohl Center rafters. The UW women’s hockey coach and leading goal scorer in the history of the men’s program had his jersey retired in a February ceremony, becoming the first hockey player to earn such honors. Johnson gained international fame in 1980 for his starring role on the “Miracle on Ice” U.S. Olympics team and recently became the all-time winningest coach in NCAA Division I women’s hockey. His jersey now hangs above the rink that bears the name of his late father, Hockey Hall of Fame coach Bob Johnson. “As I’ve told people for many years, hockey has been good to my family,” Johnson says.