Scientific illustrator Kandis Elliot ’70, MS’79 spent decades drawing plants and their anatomy for the UW’s botany department. Now retired, Elliot is on a mission to accurately document the inhabitants of the state’s more than 15,000 lakes, rivers, and streams. Her efforts include an epic 13-foot-by-44-inch poster that depicts all 183 species of Wisconsin fish in life-size scale. The smallest is the one-inch least darter and the largest is the six-foot-long lake sturgeon. “I insist on making them life-size. It’s visual information, a sense of wonder, that you can’t get from just numbers,” says Elliot, who’s been working on the project for the past two years. Elliot uses a special wide-format printer purchased with her own money to create the posters. “The idea behind the posters is to create a splash,” she says. “There is a wow factor. We want people, especially kids, to have an awareness of all our fishes, not just hook-and-line species.” Elliot’s series of ten posters is being sold to support the University of Wisconsin Zoological Museum. Chicago’s Shedd Aquarium was among the first buyers. 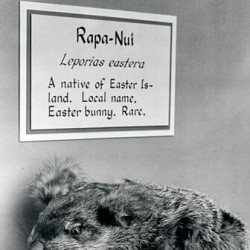