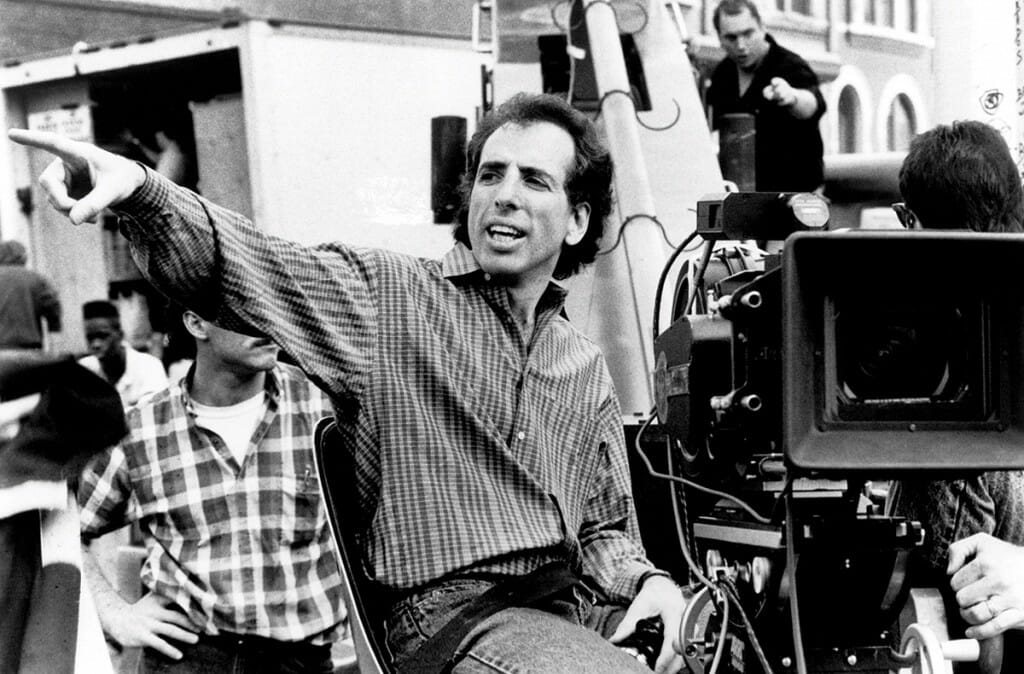 Jerry Zucker is one of many impressive Badgers featured in the Wisconsin Alumni Association’s Alumni Park. To discover their stories, visit alumnipark.com. Courtesy of Photofestnyc.com and Paramount Pictures

Love it or leave it, Airplane! is often cited as the funniest movie of all time, and surely, Jerry Zucker ’72 can be held responsible.

Zucker — writer, director, and producer of more than a dozen Hollywood films — found big laughs on campus in the 1960s as part of an outrageous comedy troupe, Kentucky Fried Theater.

The Milwaukee-area native joined his brother, David ’70, and friends Jim Abrahams x’66 and Dick Chudnow ’67 to perform groundbreaking comedy shows around Madison, including their debut in the old Union South.

Their improv-inspired humor was what the Daily Cardinal called “innovative, imaginative comedy” from a “zany bunch,” and they wasted no time in launching a new era of smart-yet-slapstick satire. Their road trip from Madison to Los Angeles started on Zucker’s graduation day.

“On the way, I passed Camp Randall, where my college graduation ceremony was in progress,” Zucker told Badger grads in 2003. “I thought about going to the ceremony, but it meant I would’ve arrived in Hollywood one day later, and at the time, I just didn’t see the point. I wanted to get there.”

After morphing their live show into the irreverent Kentucky Fried Movie (1977), the Zucker/Abrahams directorial dream team went on to create comedy classics, including Top Secret! (1984), Ruthless People (1986), and The Naked Gun (1988) and its sequels.

Zucker does have a more serious side: he directed the Oscar-nominated Ghost (1990), and he’s produced films like A Walk in the Clouds (1995) and My Best Friend’s Wedding (1997).

Today, Zucker and his wife, Janet, a fellow Hollywood producer, are vice chairs of the Science and Entertainment Exchange, in partnership with the National Academy of Sciences. Zucker says that his role in connecting scientists and entertainers is inspired in part by the research that helped his daughter when she was diagnosed with diabetes.

Zucker appreciates what entertainment and science share: “You have an idea of where you want to get, but you have to experiment your way through it, and it might take a long time to get there.”