“They Belong to This Campus” 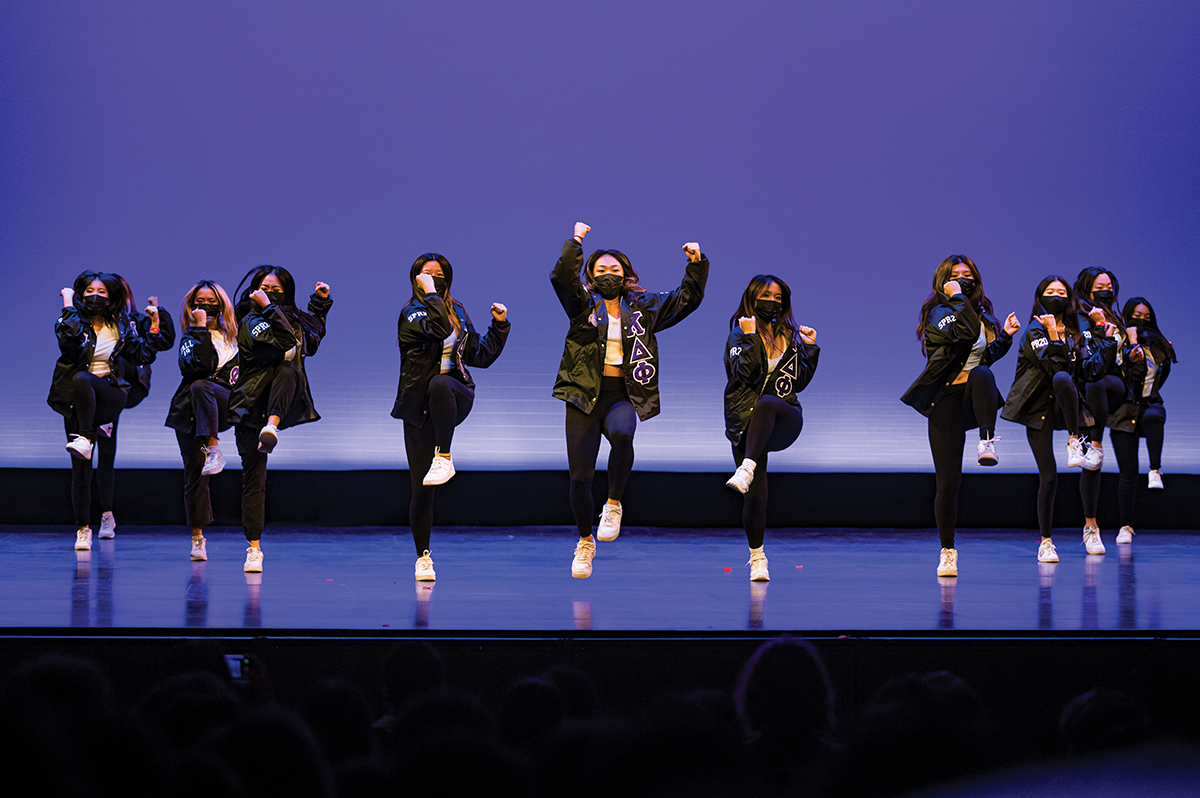 The fraternity and sorority members performed stepping and strolling, sequences of movements and rhythms with roots in African song and dance.

As generations of Badgers descended on Madison for Homecoming, and campus festivities whirred to life, members of the fraternities and sororities that make up UW–Madison’s Multicultural Greek Council (MGC) and National Pan-Hellenic Council (NPHC) gathered in the Union’s Shannon Hall to kick off the weekend with the Multicultural Homecoming Yard Show. They donned the colors and letters of their respective fraternities and sororities and took to the stage for performances of stepping and strolling, sequences of movements and rhythms with roots that can be traced back to African song and dance. 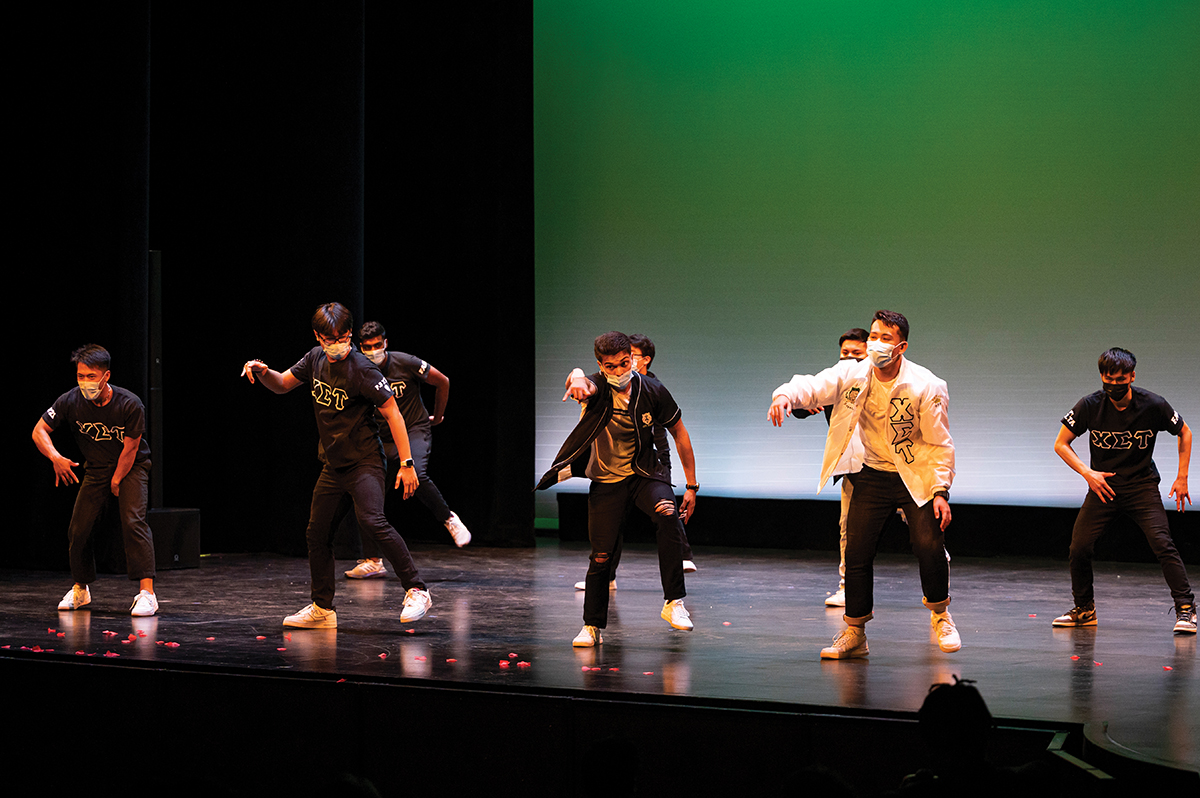 The Multicultural Homecoming Yard Show raised more than $1,000 for the Divine Nine Garden Plaza, a new campus space honoring the histories and achievements of the nine Greek-letter organizations that make up the National Pan-Hellenic Council.

“It just gives us a way to express ourselves and reemphasize the unity,” says Nyla Mathis ’21, a member and former president of the Epsilon Delta chapter of Alpha Kappa Alpha Sorority Inc. “That goes back to, on campus, why we push so hard for physical representation of us. Because it helps to know that you’re not alone in a world where you can constantly feel alone or excluded.”

The show featured eight of the UW’s 12 MGC organizations and four of the six NPHC organizations currently on campus. A panel of judges — composed of campus community members who are MGC and NPHC alumni — rated performances based on creativity, energy, appearance, complexity, precision, and audience engagement. At the end of the night, the Kappa Gamma chapter of Sigma Lambda Gamma National Sorority Inc. was named victor. 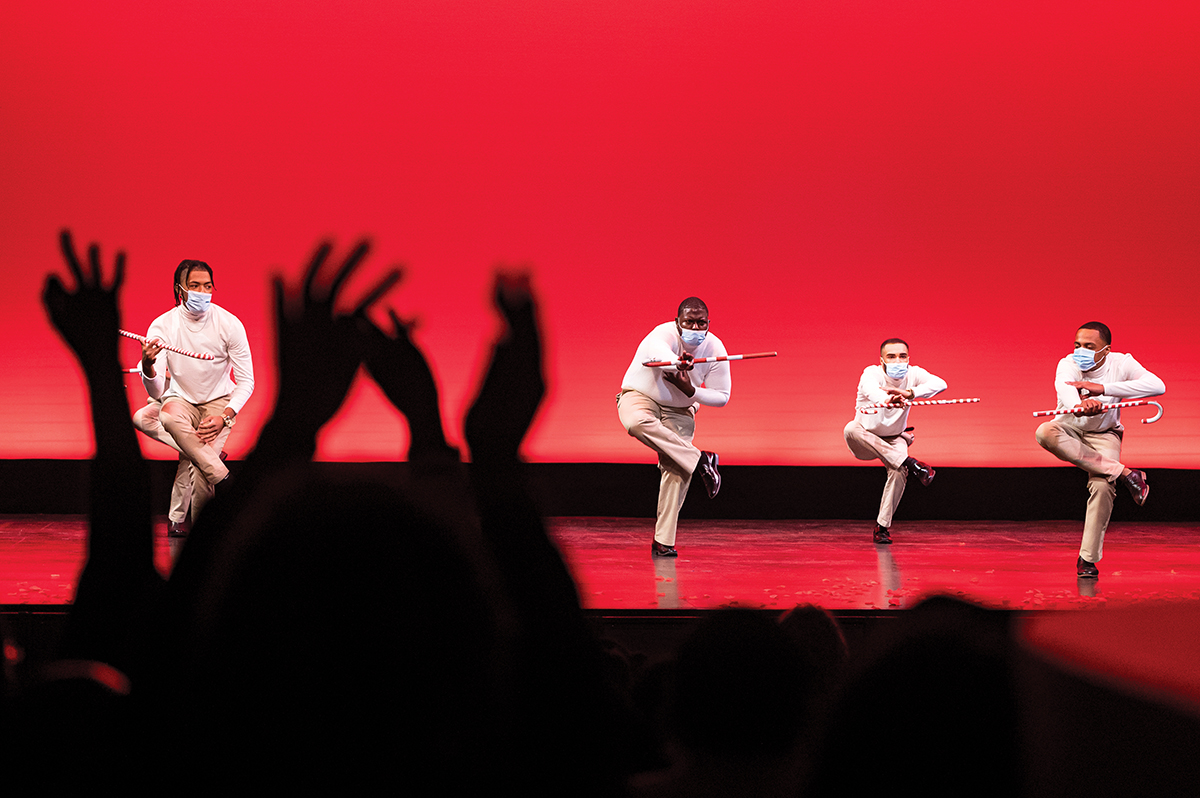 The performances were rated on creativity, energy, appearance, complexity, precision, and audience engagement.

Mathis emceed the show along with Israel Oby ’21, a member of the Beta Omicron chapter of Kappa Alpha Psi Fraternity Inc. They defined the terms stepping and strolling at the beginning of the event and shared facts about the MGC and NPHC between performances.

“Not only is it an [opportunity] for folks to learn, but also then to appreciate what the organizations are providing in terms of celebrating their history,” says Cristian McGough, a fraternity and sorority life specialist with UW Student Affairs. “I think the organizations are also excited because they’re seeing efforts to provide more visibility [and to help them] feel appreciated and like they belong to this campus.” 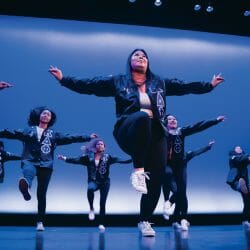 A Place Where You Belong 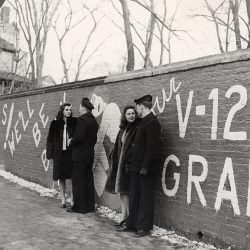 The Rise and Fall of the Kiekhofer Wall