How to Move a Masterpiece 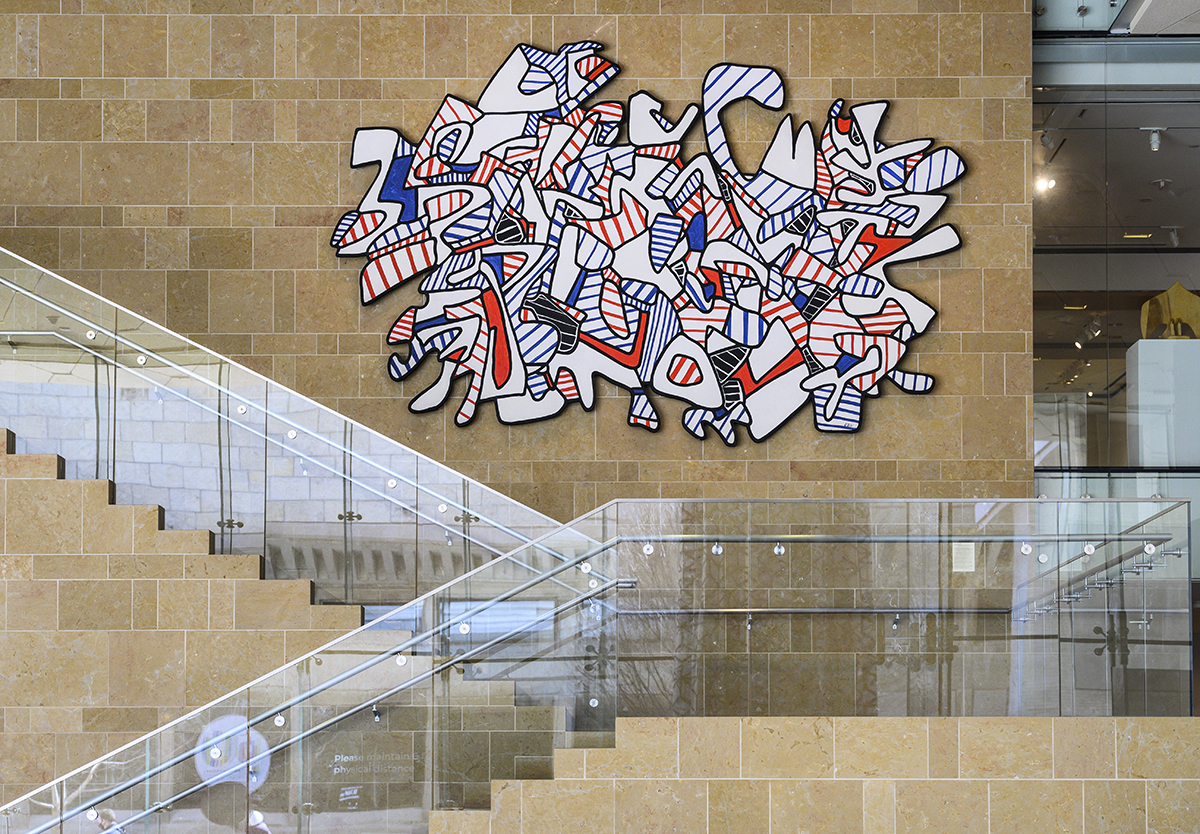 The work was part of a unique 1970s multimedia event that combined painting and sculpture with theater and dance. Jeff Miller

It took cranes, chains, more than a dozen art handlers, and a cross-country trip in a climate-controlled truck. But in January, UW–Madison’s Chazen Museum of Art managed to move Jean Dubuffet’s 15-foot-wide, 500-pound, eccentrically shaped painting Danse Élance from New York State to a commanding position in its lobby.

Danse Élance had been hanging in the home of Jerome ’48 and Simona x’49 Chazen, the museum’s namesake benefactors. Donating the painting to the UW was no easy task. The art handlers had to remove windows to slide it out of an upper floor and onto specially built scaffolding, trying to avoid damage to the delicate object. Jerome himself supervised the nerve-racking operation.

But bringing this masterpiece to campus was worth the effort, given its significance in art history. Danse Élance was part of a unique 1970s multimedia event called Coucou Bazar, which combined painting and sculpture with theater and dance. Dubuffet created dozens of artworks that moved through a performance space via motors, wheels, and remote control. Actors even wore some of the pieces as costumes.

The spectacle was a kind of “animated painting” that shocked viewers at the time. Dubuffet hoped Coucou Bazar would “gain a real existence and welcome you within itself.”

The French modernist championed a style of painting he dubbed art brut (“raw art”), inspired by children and outsider artists. In 1971, Danse Élance began as a doodle with irregular contours and an energetic jumble of forms. Then Dubuffet and his assistants transferred the image to an enormous plastic panel with its spontaneity intact. Red and blue lines create a frantic rhythm as organic shapes — boldly outlined in black — both harmonize and collide.

Even affixed to a wall at the Chazen Museum, Danse Élance appears to be in motion. This is a 500-pound artwork that’s light on its feet. 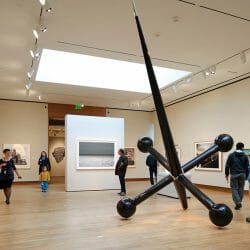 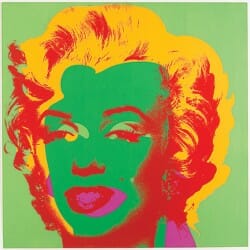