A Woman’s Touch in a Man’s Sport

Former UW star Tamara Moore ’14 is the only active female coach of a men’s college basketball team and the first African American woman to hold that position. 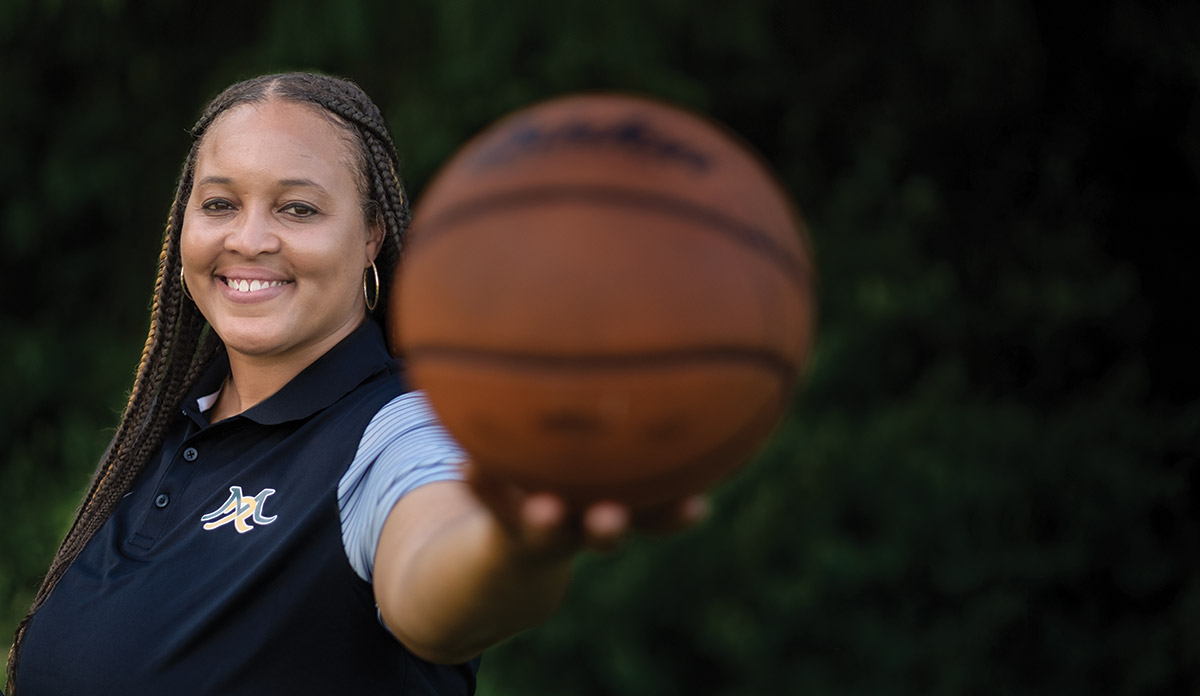 Moore’s singular journey is why she’s unintimidated by the deep-rooted skepticism about women coaching men.

If Tamara Moore ’14 has her way, there won’t be any barriers left to break.

The former UW star has competed with men throughout her trailblazing time in basketball. In the 1990s, she became the first high school girl to play in the Minneapolis inner-city all-star game for boys. Earlier this year, she was named the head coach of the men’s basketball program at Mesabi Range College in northern Minnesota, becoming the only active female coach of a men’s college basketball team and the first African American woman to hold that position.

In between, Moore compiled hall-of-fame numbers and a National Invitation Tournament championship at the UW; competed for nearly a decade professionally in the WNBA and overseas; played for, coached, and owned men’s semipro teams; and founded a men’s semipro league, the Official Basketball Association.

“My résumé speaks for itself,” Moore told ESPN in April. And that singular journey is why she’s hardly intimidated by the deep-rooted skepticism about women coaching men.

“I’ve been able to earn [my players’] respect with my knowledge of the game. And I’m not just a talker — I’m a doer,” Moore says. “So I’ll get out there. I’ll practice with the team. Has there been some resistance every now and then? Yes. But I don’t take it as it’s because I’m a woman. That’s just the coach–player relationship.”

Anyone who watched Moore play at the newly minted Kohl Center from 1998 to 2002 will recognize her coaching philosophy: high-pressure defense and fast-paced offense. Recruited as a nearly six-foot forward, Moore transitioned to point guard in college due to the team’s lack of depth. She made it look easy, still holding the UW’s all-time career records for assists and steals and ranking seventh in points. She returned to Madison and finished her degree in Afro-American studies in 2014 and was inducted in the UW Athletic Hall of Fame in 2017.

As a player, her smooth versatility and lockdown defense earned her a first-round selection in the 2002 WNBA Draft.

“I like being able to think the game faster than somebody plays the game,” says Moore, who speaks with the same pace and energy she exhibited on the court. “I have a really good photographic memory. If you run a play once, it’s like, ‘Okay, I see you.’ You run it twice? Now I get it. The third time? Now I’m going to steal it.”

Moore counts among her mentors Faith Johnson Patterson x’85, a Minneapolis high school coaching legend who played for the UW in the 1980s, and Jane Albright, who led the UW’s program to its heights from 1994 to 2003. Like them, she’s hoping to build a program in which players treat each other as family, not just as teammates.

“Jane taught me the importance of three positives to one critique, especially as a point guard,” Moore says. “I was actually talking to my players about this today: ‘You guys have to realize that it’s more impactful when a teammate hears something positive before they hear anything of a critique.’ ”

Moore entered an unprecedented coaching job at an unprecedented time, with the COVID-19 pandemic restricting in-person contact and the police killing of George Floyd leading to unrest in Minneapolis, where she still lives.

“[Being a trailblazer] means a lot to me, especially in the times we’re in right now, with a lot of the injustices going on in the world,” Moore says. “It’s been a real whirlwind of emotion. But being able to not only take women to the next level but to take minorities to the next level is an honor.”

Moore stays in touch with a number of past teammates and rivals who have made their own marks on the men’s basketball world: San Antonio Spurs assistant coach Becky Hammon; New Orleans Pelicans vice president of basketball operations Swin Cash and development coach Teresa Weatherspoon; and University of Maine men’s assistant coach Edniesha Curry. Moore is the second woman to lead a men’s college basketball program, following Kerri-Ann McTiernan’s career at Kingsborough Community College in the 1990s.

Without a single campus visit, Moore has managed to recruit 15 players to Mesabi Range and has conducted team workouts via Zoom videoconferencing. Her short-term goal is to turn the team, which stumbled to a 6–19 record last season, into a junior-college powerhouse. Long term, her sights are set on the NCAA Division I and NBA levels, where a woman has yet to rise to head coach.

“I think my ultimate goal will be to come back and possibly coach at the University of Wisconsin,” Moore says.

And who would bet against her? 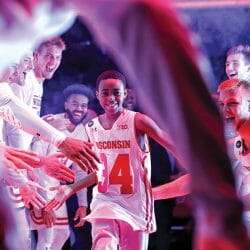