Daryl Watts x’22 ends a stellar Badger career on her own terms. 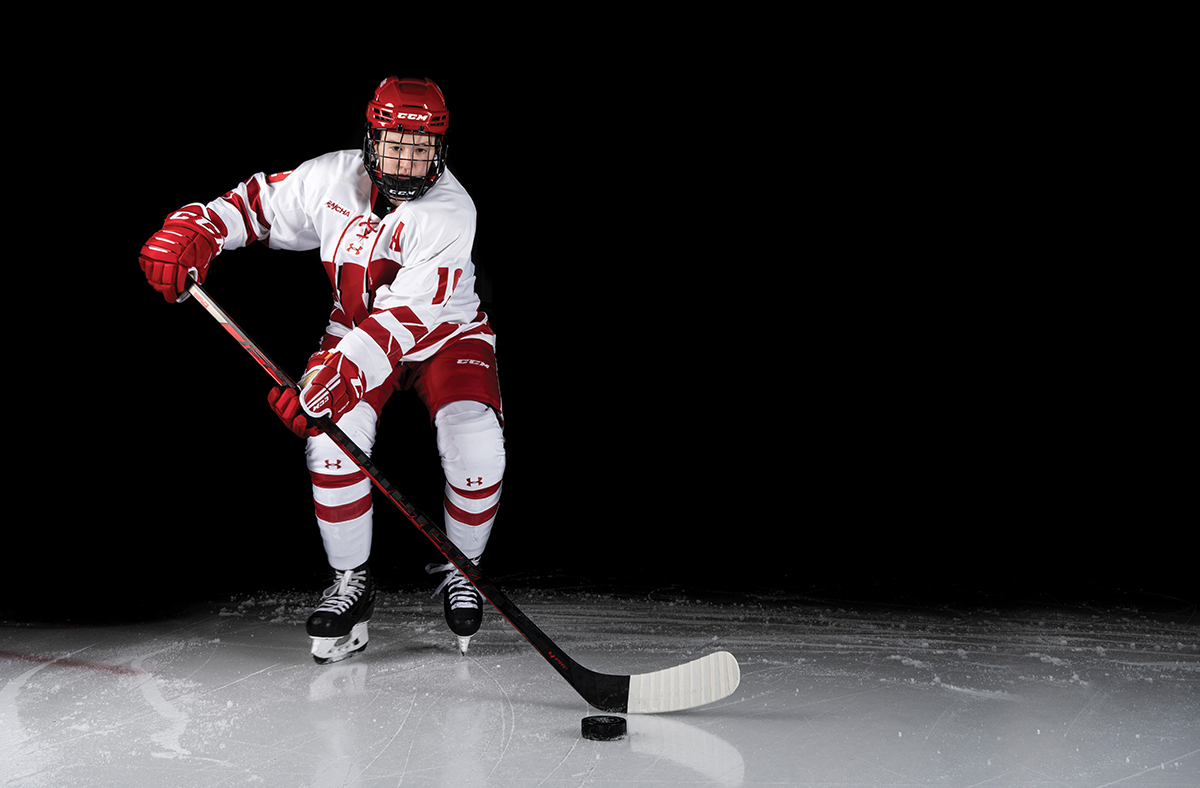 Watts displays unmatched creativity and calm on the ice in “the best women’s hockey program in the world.”

It’s not often that a world-class athlete is simultaneously at the peak and the end of a playing career. But Badger hockey hero Daryl Watts x’22 has spent her fifth college season confronting that reality.

After scoring the game-winning overtime goal in the NCAA Championship last spring, Watts tried out for Team Canada over the summer. But the national program couldn’t find a roster spot for one of college hockey’s all-time greats. The snub effectively ended Watts’s Olympic dreams and future playing career.

“I learned that it’s time to hang up the skates,” the Toronto native says. “I feel like I’m at my peak performance, 22 years old. [But] I don’t see a future for myself in women’s hockey.”

It will be the sport’s loss. The formidable forward has twice led the NCAA in season-long scoring. As a freshman at Boston College, Watts led the country with 42 goals in 38 games and became the first underclassman to win the Patty Kazmaier Award (the women’s hockey equivalent of the Heisman), for which she was also a finalist last year. By the end of her second season, she had lost her passion for hockey and hoped to rediscover it by transferring to the UW. She promptly set a program record with 49 assists in 2019–20 and paced the NCAA in points from the first game.

“It was a no-brainer to go to Wisconsin,” Watts says. “Mark Johnson is an incredible hockey coach but an even better person. … There are so many little nuances on the ice that he’s taught me, like strategy, positioning, and skill moves. And his temperament is always the same. He’s so positive.”

Watts’s unmatched creativity and calm on the ice were on full display with her championship-clinching goal last year — her fifth game-winner of the season. Three minutes into overtime, Watts found herself all alone behind Northeastern’s net. She noticed the goalie leaning to the left of the net and a defender to the right. She slapped the puck off the side of the defender, and it ricocheted into the net. It was a circus shot that she hadn’t even attempted since high school.

“It felt too good to be true,” Watts says of the moment. “I remember just being like, ‘Am I dreaming?’ ”

Being cut by Team Canada — along with the pandemic adding an extra year to her NCAA eligibility — allowed Watts to return to Madison for an epic swan song. She’s within striking distance of the all-time NCAA scoring lead (in fifth place as of press time), and the Badgers are contenders to three-peat as national champions.

Watts hopes to stick around the school that reignited her love of hockey and allowed her to go out on her own terms. She plans to eventually apply to the UW’s highly ranked master’s program in real estate.

“I couldn’t be happier to be ending my hockey career at Wisconsin,” she says. “It’s the best women’s hockey program in the world.” 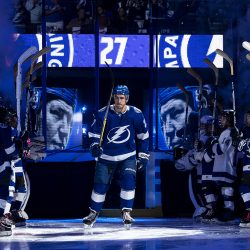