Pop taxes don’t appear to curb obesity, according to a study co-authored by health economist Jason Fletcher of the La Follette School of Public Affairs. Although several local and state governments have tried hiking taxes on sugary beverages as a means of lowering obesity rates, the outcome doesn’t seem to produce much effect. “The impact of soft drink taxes on the body mass index is small in magnitude and not statistically significant,” Fletcher found.

Geology professor John Valley believes he’s found the oldest piece of the earth’s crust ever discovered: a zircon crystal that formed about 4.4 billion years ago. The crystal is microscopic and was discovered embedded in sandstone on a ranch in Australia.

UW researchers combined data from more than 2 million images to create a new portrait of the Milky Way. Astronomy professor Edward Churchwell led the team, which collected images from NASA’s Spitzer Space Telescope for more than a decade. The project has added more then 200 million newly sighted objects to our picture of the Milky Way.

Since launching four pilot Massive Online Open Courses (MOOCs) during the 2013–14 academic year, the UW has enrolled more than 96,000 learners from around the world, including all fifty states and more than 155 countries.

The UW’s leading bug expert is retiring. Phil Pellitteri ’75, MS’77, a UW Extension entomologist, is hanging up his butterfly net after nearly four decades with the university’s Insect Diagnostic Lab. In that time, he estimates he’s analyzed more than 2,200 insects and handled more than a quarter million calls, emails, and specimens. 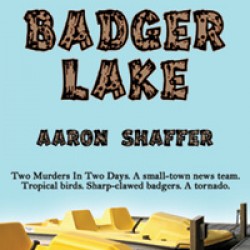