We feel your pain: as a quarterly magazine, On Wisconsin sometimes just misses the breaking news, including that NCAA championship game.

It’s not easy being quarterly. With news breaking all around us, publishing On Wisconsin about every three months gives us some challenges — and some competition that we don’t even try to take on.

A survey conducted in 2014 by the American Press Institute found that “the average American adult uses four different devices or technologies for news.” Americans turn to their TVs, laptops or computers, radios, paper newspapers or magazines, cell phones, or tablets to consume news, and three-quarters of them seek out news at least daily. While the survey also found that 78 percent of smartphone users get news via their devices (as do 73 percent of tablet owners), “they are no more or less likely than everyone else to use print publications, television, or radio to access the news.”

Well, that’s a relief. The good news is that magazines are still on their radar. The bad news for us is timing. We’ve had to lament the fact that the governor didn’t check with us about our publication schedule before he announced his budget proposal. And what’s with the NCAA tournament? Couldn’t officials pick a day for the championship game that coincided with our to-press date so that we could appear to be on top of things? And we’ve lost count of how many times groundbreaking research papers are published right after we mail an issue. Sigh.

But a few years ago, a wise member of our editorial advisory board said four words that have guided us ever since: “Be topical, not timely.” Following that wisdom allows us to ignore the daily sports scores, stop being envious of headlines about the latest scientific discovery, and take a different approach with our stories, whether we present them in our print magazine or on our website.

These stories often reflect your preferences. Our most recent survey conducted by the Council for Advancement and Support of Education found that our readers like topics including campus history and traditions, issues in higher education, faculty research, environmental issues, arts and culture, and more.

And alumni across the country tell us that On Wisconsin is their number one source for information about UW–Madison. We like the sound of that, so we’re going to continue bringing you that content, one quarter at a time. 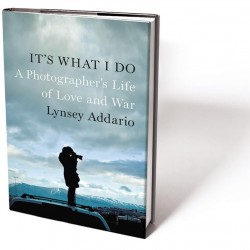