A Crescendo is Building

The plans for a new campus performance center are music to many ears.

A new performance center for the School of Music is evolving from a dream to reality, bringing closer to fruition another jewel in the crown of the East Campus Gateway, part of the UW’s master plan to transform a core region of campus.

The project received a huge boost in September from two anonymous donors. One committed to a gift of $15 million; the other pledged $5 million. Additional private support will fund the remainder of the estimated $38 million cost. The gifts were announced last fall during an “Evening of Celebration,” which featured student performances at Madison’s Overture Center for the Arts to honor former chancellor John D. Wiley MS’65, PhD’68.

“These two commitments are acts of outstanding generosity and humility from anonymous friends of the university,” says Chancellor Carolyn “Biddy” Martin PhD’85. “They not only continue the tremendous momentum we’ve experienced in reshaping the East Campus Gateway; they also serve as a fitting honor to Chancellor Wiley and his inspiring legacy as both a patron and a champion of the arts in Wisconsin.”

As the development effort to build the performance center kicks off in earnest, the finale is yet to be written. But there’s no doubt the ensemble in charge of the project is in harmony when it comes to its necessity. The current music halls in the Humanities Building — 100-seat Morphy Hall and 720-seat Mills Hall — may host wonderful performances. But acoustically, they are not up to par, according to an acoustician who assessed the spaces in December.

The new center, to be located on the northwest corner of University Avenue and Lake Street, will have approximately 56,000 square feet of space and contain an 800-seat main hall and a 350-seat recital hall.

“A performance space is like a beautiful instrument,” says John Schaffer, director of the School of Music. “A great hall can do wonderful things for a musician. … The halls we are looking to build will not only give our students and faculty the opportunity to perform and record in truly world-class spaces, but will also be of a size and nature as to serve a completely complementary role with the bigger halls in the Overture Center.

“As a city, we don’t have nice music halls in that smaller to mid-range size,” he continues. “We do have the renovated Oscar Mayer Theater in the Overture Center, but that’s a proscenium stage not designed solely for music. A lot of medium-sized halls at high schools and, say, Mitby Theater at Madison Area Technical College — those are all proscenium theaters, not music halls. These spaces would fill a definite gap.”

Beyond meeting the needs of the school and the community, the new performance center will provide an additional benefit, Schaffer believes. The classical music recording industry has nearly disappeared, he says, explaining that performing ensembles — even those as famous as the New York Philharmonic Orchestra — must now make and distribute their own recordings.

“We can make sure these halls become beautiful recording facilities,” he says. “I really want to keep Wisconsin on the forefront of this, so five or ten years down the road, we can be a national leader in the production and distribution of this recorded art form.”

If the project progresses as planned, an architect will be selected this year, leading to an opening in spring 2013. The UW’s School of Music is regularly listed in the top 5 percent of public music schools in the United States. It is also the largest provider of music performances in Wisconsin outside of the greater Milwaukee area, offering more than three hundred events a year, most free. 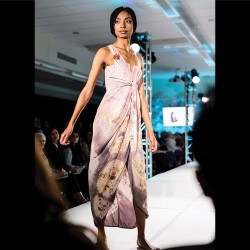