The Birth of a Dynasty

Badger men’s hockey came into its own with a 1973 NCAA title. 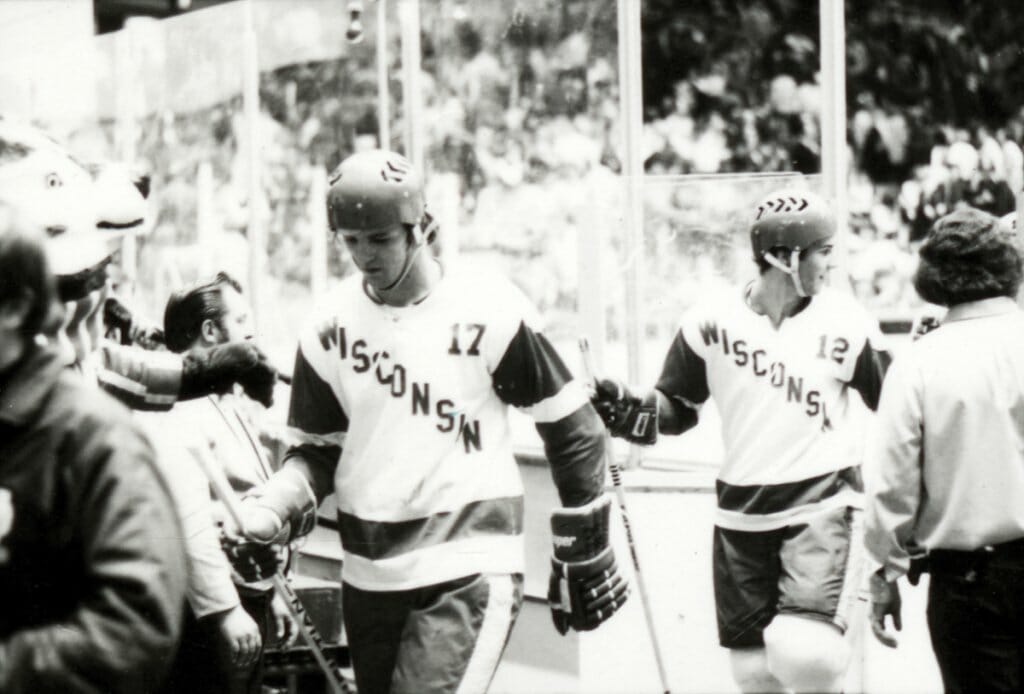 Life on campus was dramatically different a half century ago. The football team had only two winning seasons in 17 years, including a stretch of 23 consecutive winless games, while the men’s basketball team finished above .500 just three times from 1968 to 1988. Antiwar protests regularly roiled the university.

From such a time sprung a new men’s hockey contender. Over one improbable weekend in Boston in March 1973, the Badgers captured their first NCAA hockey title. In the 33 years that followed, they added five others — more than any other college program in that span.

Most remarkable about the achievement is that it came just seven years after Coach Bob Johnson arrived like a dynamo from Colorado College, and just three years after Wisconsin was admitted to the powerhouse Western Collegiate Hockey Association (WCHA), which had won 16 of the 22 NCAA titles up to that point.

The Badgers had been to two of the previous three NCAA tournaments before 1973, but they had never played for the title. Merely reaching Boston required a gauntlet of six games in nine days.

Wisconsin finished the regular season with a weekend sweep at home against Minnesota, completing a 17–1 record at the Dane County Coliseum. The team swept two games against the Gophers in the first round of the WCHA playoffs, the last punctuated by a wild brawl with 39 seconds left. The Badgers followed a tie against Notre Dame with a 4–3 victory, punching their ticket to Boston.

Back then, the NCAA tournament was a small affair, with just four teams. Against Eastern champ Cornell in the semifinals, the Badgers fell behind 4–0 in the second period, then 5–2 early in the third. Yet the 3,000 UW fans who trekked to Boston kept cheering. “They never allowed us to die,” Johnson said.

Goals by Gary Winchester ’74 and Jim Johnston ’73 got Wisconsin within one, and with five seconds left, sophomore Dean Talafous ’74 scored. With 33 seconds left in overtime, Talafous scored again, sending the Badgers into the finals against high-powered Denver, the number one team in the country.

The Pioneers had two all-Americans and the WCHA’s top freshman, “but we weren’t intimidated,” said Wisconsin captain Tim Dool ’73, a puck-hounding dervish.

The UW fell behind early, but Dool’s second-period goal tied the game 2–2, and Talafous earned a place in Badgers lore with another game-winner. The celebration carried deep into the night in the streets of Boston.

Upon their return to Madison, the Badgers were greeted by more than 8,000 supporters at the Field House. A new dynasty in college hockey had begun. 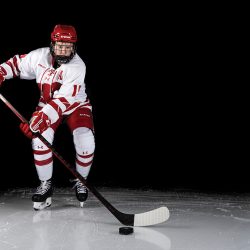