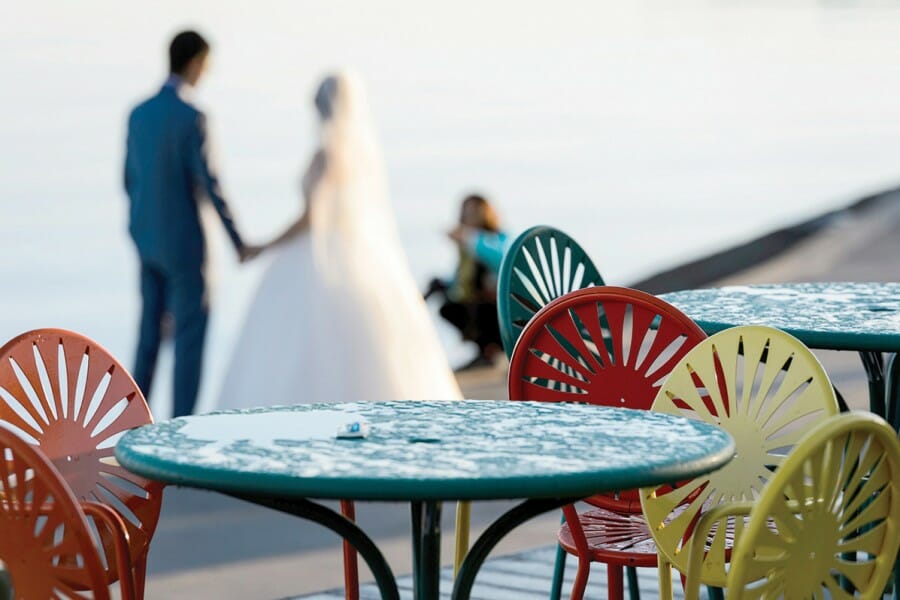 Tell On Wisconsin at onwisconsin@uwalumni.com, and we’ll find out if it’s just a fond memory or still part of campus life today.

The Wisconsin Union has hosted hundreds of weddings during the past 90 years.

Just hours after she said, “I do,” during her March 2018 ceremony, Jenelle Selig Olson ’15 and her new husband and college sweetheart, Erick Olson ’12, were twirling around the dance floor of Great Hall in Memorial Union. Little did she know her husband had planned for a special guest to stop by their reception: Buckingham U. Badger.

“Bucky was definitely a highlight,” Jenelle says. “Not knowing he’s coming, and then [you] turn around and some Bucky is there dancing with you — that’s just awesome. Also, you can’t beat the Terrace.”

The Union’s first wedding, between Fang Chu and Tsao Shih Wang ’27, MA’28, PhD’29 in May 1929, was likely a smaller affair. Nowadays, Union weddings are so popular that the UW has two full-time wedding planners and an intern who coordinate the days’ many facets.

Hopeful couples enter a lottery 18 months in advance. When their names are pulled, they can pick from available dates and venues — Tripp Commons, Great Hall, or Varsity Hall at Union South. During the academic year, school events take priority, but the Union can host up to nine weddings in a single summer weekend, notes Hattie Paulin, the Union’s wedding director.

Leading up to the event, Paulin sends checklists, arranges tastings, and sometimes plays therapist to stressed-out couples and family members. The Union only requires that couples pay a small event fee and use its catering services. Everything else can be customized, from the chef preparing family recipes to the waitstaff dressing as Disney characters.

The Union was the first venue Jenelle considered after she and Erick got engaged. Because she served as Paulin’s intern while she was earning her engineering degree, Jenelle knew how much care Union staff put into planning and executing a wedding day.

“The staff knows the true meaning of having a wedding there, and what it means to me and my family, and it was just a huge weight off my shoulders,” Jenelle says.

Of course, there are always last-minute glitches that no one anticipates, Paulin says. But with a game plan and some professional guidance, couples are able to enjoy a day dedicated to their love story. 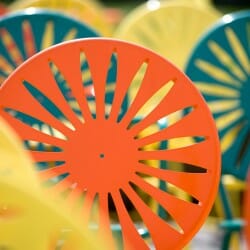 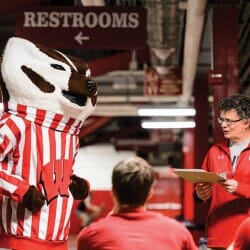