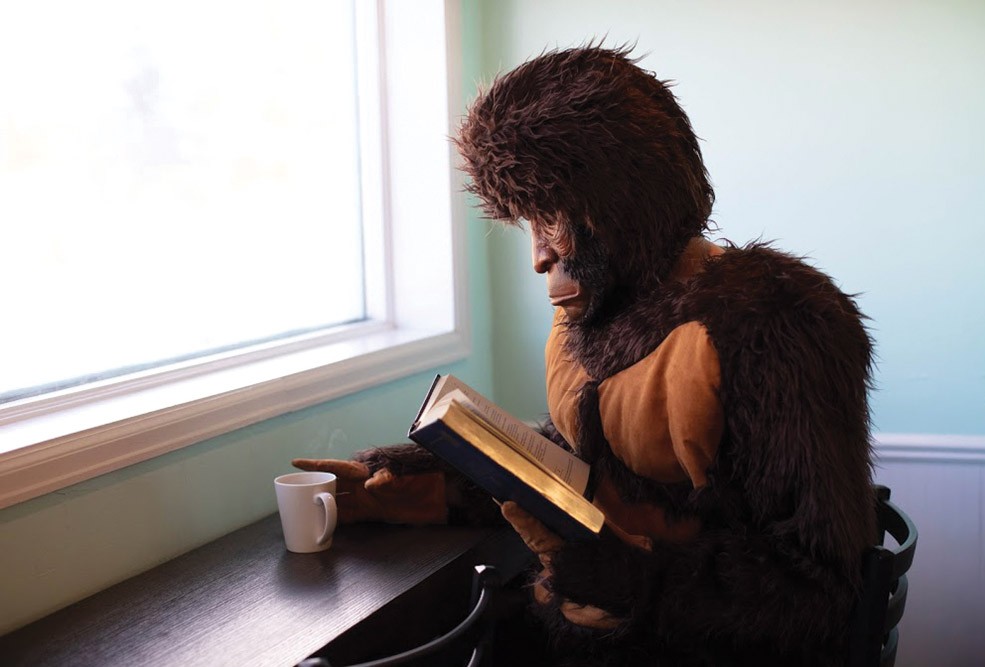 Carney as Bigfoot: “I absolutely believe he exists, even if it’s only in our collective imagination of him.” Jake Holschuh

The myth of the legendary primate is the topic of Wild Thing, a podcast executive-produced by Carney and hosted by his wife, former National Public Radio editor Laura Krantz. Through nine episodes, Krantz lays out her path to Bigfoot, starting with when she discovered long-lost relative Grover Krantz, a famous Bigfoot researcher and anthropologist. Following in Grover’s footsteps, Laura dives into sightings, evidence, and why people want to believe in the beast.

Now well versed in Bigfoot lore, Carney (shown above impersonating the hairy creature) says he’s a believer in his own way.

“I absolutely believe he exists, even if it’s only in our collective imagination of him. He absolutely has a real-world effect. Whether or not he’s an unknown or undiscovered primate, that’s up for debate.”

As executive producer, Carney says he served as Krantz’s consultant and promoter, supporting her along the way and helping pitch the show to potential advertisers. The podcast has been a success, with some 2 million downloads and a peak of number seven on the iTunes podcast charts.

It’s also opened up the imagination of skeptics, Carney says.

“The most energizing comments are the people who went from ‘I was a total nonbeliever’ to ‘Now I think it might be out there, there’s a chance,’ ” he says. “The only people who didn’t like it were some people who were [already] really into Bigfoot.”

Sasquatch may seem like a bizarre subject, but the podcast fits the rest of Carney’s work, which dives into climbing mountains without a shirt (What Doesn’t Kill Us), fatal cults (The Enlightenment Trap), and the world’s human organ market (The Red Market).

Varied as they seem, Carney says, these topics all share a common thread — the question of what it means to be human. “It’s been this question that’s sort of run through everything I’ve ever done,” he says. “I try to take unusual and [participatory] angles in trying to answer this.”

The couple’s next podcast is in the works already, and Carney recently completed the manuscript for his sequel to What Doesn’t Kill Us. Finding more wacky, out-of-the-ordinary topics isn’t the hard part, he says.

“The real problem is deciding which story to pursue.” 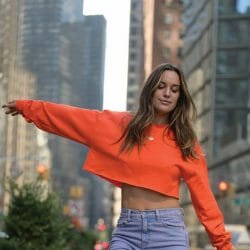