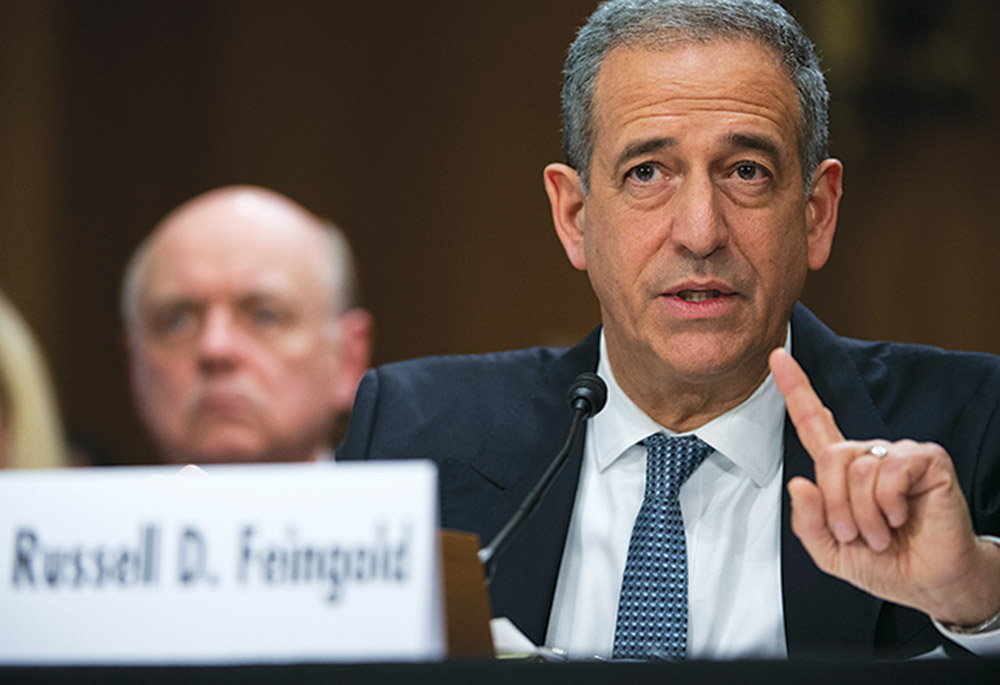 It’s been 47 years since Russ Feingold ’75 first walked up Bascom Hill as a freshman from Janesville, Wisconsin. He would go on to earn degrees in history and political science, win a Rhodes Scholarship, and eventually serve in the Wisconsin State Legislature and the U.S. Senate.

This fall, he made the same walk — as a visiting lecturer in UW–Madison’s African Studies Program. Feingold is teaching a capstone course for international studies based on his experiences as a special envoy to the Great Lakes region of Africa, which includes Rwanda, the Democratic Republic of Congo, and surrounding countries.

Millions have died there since the 1994 Rwandan genocide, as armed groups fight for control of lucrative land and minerals. From 2013 to 2015, Feingold worked with envoys from the African Union, Europe, and the United Nations to successfully get Rwanda to stop supporting the March 23 Movement, a brutal rebel group. But conflict and violence remain in the region, which has a multilayered history.

“By the time we get to the end of this course, you’ll want to pull your hair out. Some things aren’t knowable,” Feingold told his students in September. “Some things are simply that complicated.”

And that’s one reason why Americans don’t know more about what Feingold calls “one of the greatest catastrophes in human history” during a class discussion on Dancing in the Glory of Monsters: The Collapse of the Congo and the Great War of Africa. (The author, Jason Stearns, worked for the UN in Congo.) The book — from a reading list Feingold received when he was appointed to his diplomatic position — explains how the conflict has involved at least 20 rebel groups and the armies of nine countries.

“There’s no one bad guy” — no single figure like Hitler or Mussolini, Feingold tells the class. That ambiguity has led to less news coverage compared to other parts of Africa, such as Darfur, despite how many have suffered and died in the Congo.

Like Feingold, most of the course’s 17 students are Wisconsin natives. “I really feel at home here,” Feingold says. “There couldn’t be a more special place in my life and the lives of many Wisconsinites.”