Thanks for writing about Joseph Jastrow [“Mind Tricks for the Masses,” Summer 2010]. In my senior year (1973–74), I had the wonderful experience of living in his spectacular house. It had been split up into apartments many years before, each one magical.

I lived in the basement apartment. Besides the handcrafted stone fireplace and brick mantel, I had a stucco, cave-like closet and bathroom. In the summer I moved to the third floor, where I enjoyed a massive, floor-to-ceiling wooden wall and fireplace enclosure, replete with Swedish lettering and the year it was carved, circa 1730. On the other side was a gigantic set of European-crafted, leaded and stained glass bay windows, with an exquisitely carved seat winding all the way around.

A retired theater professor, Fred Boerke, lived on the second floor. Every night around 9 p.m., he would don his French policeman’s cape and beret and walk a couple of blocks to Portabella, where he would have a glass of wine. He was courtly and polite in an old-fashioned and delightful way.

The house had what I’d call great house karma. All of us living there really liked and respected each other. We bonded over a terrific progressive dinner and became our own neighborhood within that unbelievable house. I’ll never experience anything like it again. It was like living in a very engaging movie set.

I’d love to hear from other people who lived in the house. 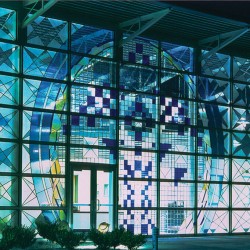