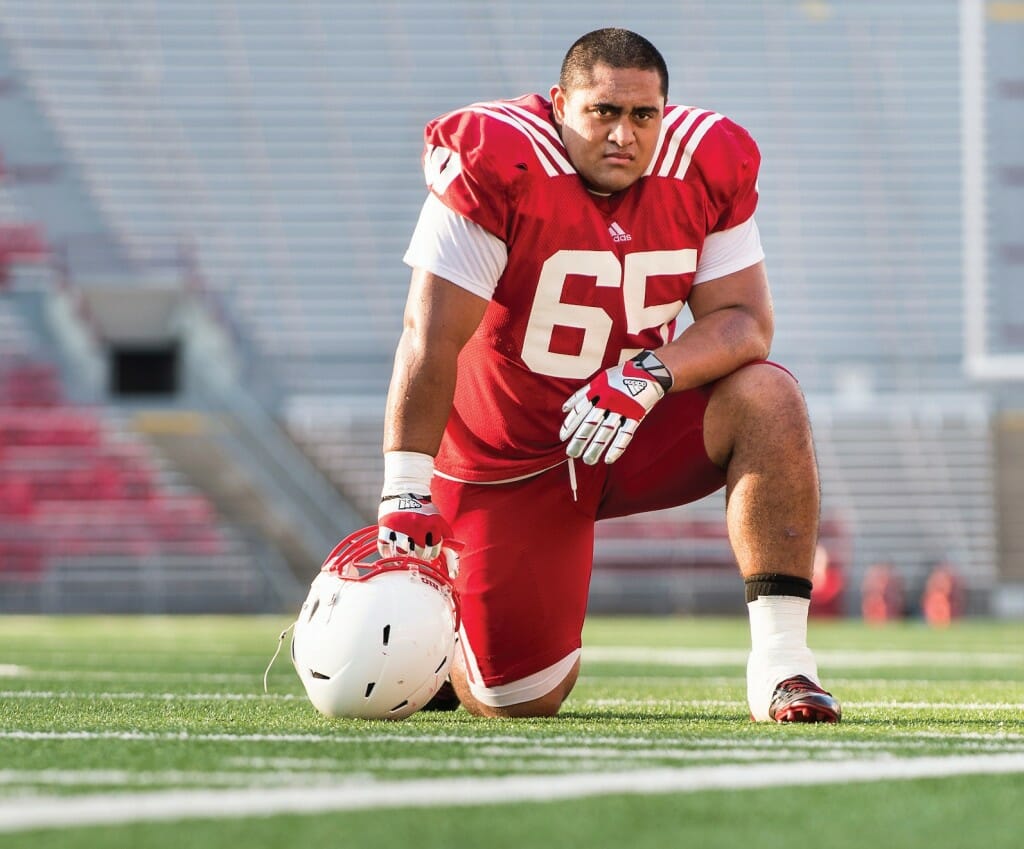 Olive Sagapolu (pronounced oh-LEE-vay SONG-uh-POE-loo) has two uncles who have played in the National Football League.

Not every college football player can do a standing backflip or hold someone above his head with one hand, but freshman defensive lineman Olive Sagapolu x’19 is the exception.

At 6’2″ and 330 pounds, the Californian is well known in recruiting circles for viral videos showing these athletic feats. He learned the enviable skills by turning to a new challenge while in high school: cheerleading.

He and his best friend at Mater Dei High School in Santa Ana decided to pursue the sport with open minds. “We didn’t really care what people thought of us, because it’s just something different, something we wanted to do for our senior year. And it turned out great,” he says.

Although he won’t be doing backflips at Camp Randall anytime soon, Sagapolu says he’s taking cheerleading lessons about trust and teamwork with him to the gridiron.

“You’re holding someone in the air with one arm [and asking yourself], are you going to catch them or not? I apply that to football. I look left and right and see the other players, and I see that they’re struggling and they’re tired. But as long as we push together and finish it, we’ll all achieve,” he says.

Many players have their sights set beyond college, but Sagapolu says he is heeding advice from Domata Peko, one of two uncles who played in the NFL. “He’s been telling me just playing ball, representing and playing for your family, representing the Samoan culture — it’s something big,” he says.

Sagapolu says he’s focusing on the season at hand, recognizing that the future is as far away as California can seem from Wisconsin. His real worry? Braving the cold. “I really don’t know how I’m going to deal with winter,” he says. “People say to layer up, so that’s what I’m going to try to do.” 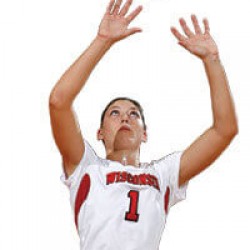